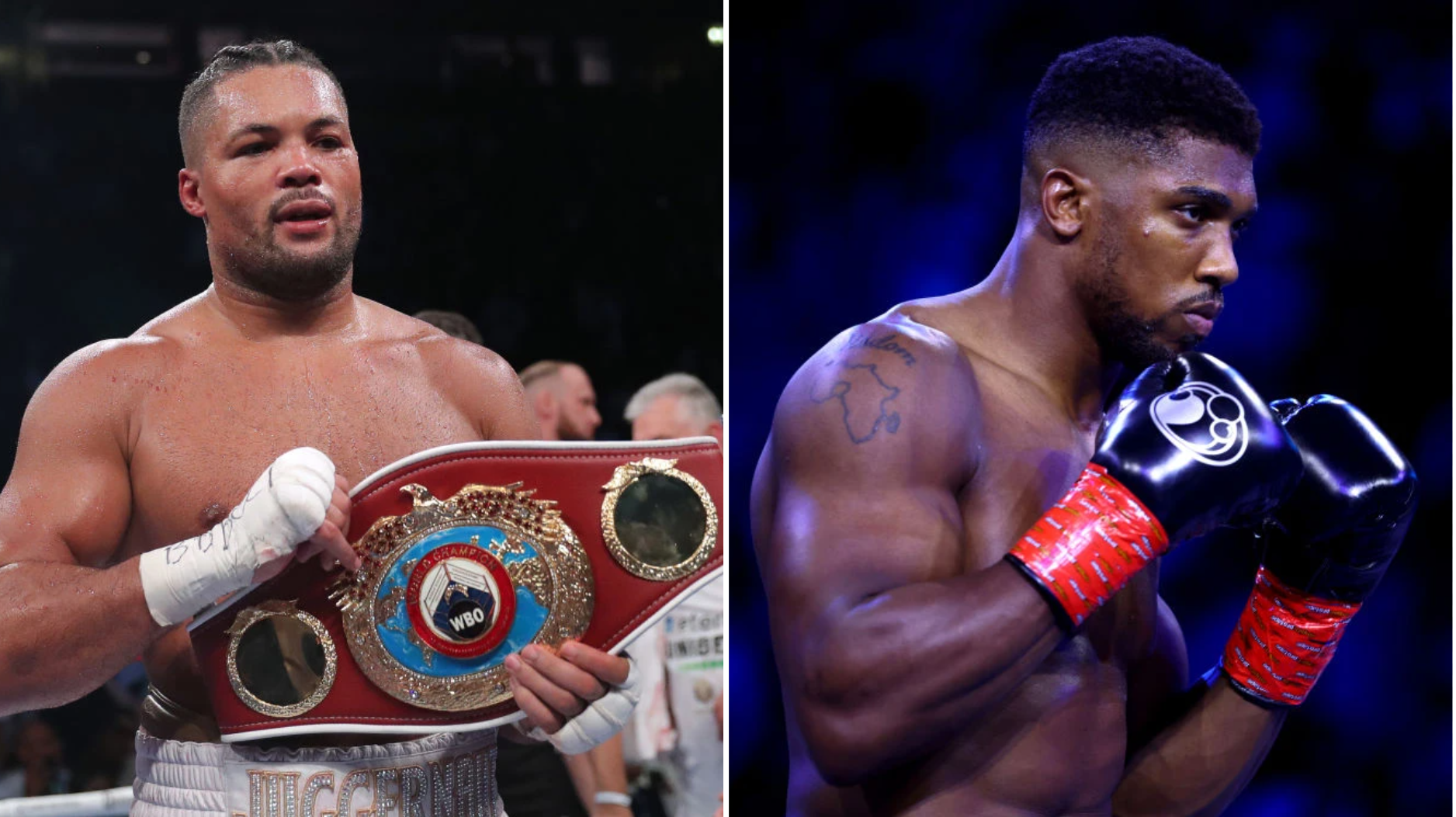 Joe Joyce is plotting a return to the ring for March next year after Anthony Joshua refused to ‘take the bait’ when offered a fight before the end of the year.

Joyce cemented his status as one of the best heavyweights on the planet with a crushing win over Joseph Parker in September, absorbing the best the former world champion had to throw before finishing him in the 11th round in Manchester.

As the 37-year-old emerged as a true world title contender, rivals Fury and Joshua were in negotiations for a December fight for The Gypsy King’s WBC belt – talks that inevitably collapsed leaving both searching for a new opponent before the year is out.

Fury is now likely to meet Derek Chisora for a third time on 3 December, with Joshua’s return slated for 17 December with a number of opponents under consideration.

Joyce threw his hat in the ring to take on the former world champion the week before Christmas, but no formal talks ever materialised.

‘I was hopeful. I put a few tweets out there. I went fishing wondering if they would take the bait and if the fight would materialise. They didn’t want a war with The Juggernaut,’ Joyce told Metro.co.uk.

‘I guess now we will wait and see how things play out. I will go back out to Las Vegas, pick up my training camp and have my next fight around March, we will see who is about then. It is getting exciting. By the time the dust is settled I could be heavyweight champion by then and I will have something else to offer.’

September’s victory over Parker saw Joyce named ‘interim’ WBO champion, lining him up for a world title shot against Oleksandr Usyk next year – or positioning him to be elevated to full champion should the Ukrainian decide to vacate.

In the aftermath, Fury paid tribute to the ‘second best heavyweight on the planet’, warning Joyce is ‘coming for everybody’ – including himself.

A week later however, Joyce was told he must ‘build his profile’ before he and Fury meet in the ring with the latter claiming his wife Paris is more popular than the Putney fighter.

Joyce however took no offence to Fury’s comments, believing his rival has now seen first-hand what he is capable of having knocked out his training partner and close friend Parker.

‘If people want to watch two proper heavyweights go at it in all action fight, throwing everything, that is the fight,’ Joyce said of him taking on Fury. ‘I guess I do need to break into that mainstream audience a bit more. But I’m sure when I knock out all these other guys people will continue to take note and as my success grows, my following will grow with it.

‘It’s Fury, isn’t it?’ he added in response to those comments about his profile. ‘But I have got a lot of time for him and his family. He knows boxing very well. I guess he watched that fight against Parker and saw something. He rated my performance and now he is seeing first-hand what difficulties I would present to him. That is why he is giving this honest opinion saying I am top two. They know boxing. And of course, it will be a great fight when it happens.’

Joyce and Joshua were involved in a social media spat during the spring, fuelling hype over a battle between the two Olympians.

After sobering back-to-back defeats to Usyk however and with the Fury fight off the table, Joyce believes his rival is making the right move in stepping back to rethink and rebuild.

‘What he is probably going to do is have one or two easier fights to get back in and then push for another big one,’ Joyce said of Joshua. ‘But I don’t know. He is a businessman. He has to be smart. Maybe that is why he didn’t take the Fury fight. He might want to get back in there and get that confidence booster.

‘All these fights at this level are hard,’ he added when asked if Fury poses a greater test than Joshua. ‘AJ hits hard. Even as he boxes on his back foot, he hits extremely hard. He is a big guy, he is quick and he is hard to hit. He is a bit younger too. It is another great fight, another tough one. All of them are heavyweight champions or were heavyweight champions for a reason, they are tough men.’

With heavyweight boxing’s elite steering clear of each other as 2022 draws to a close, it remains to be seen who will be waiting for Joyce in the New Year with an undisputed showdown between Fury and Usyk still on the cards in 2023.

Having returned from a well-earned break away, Joyce will now begin discussing options with his team as he seeks to take the next step.

‘I plan to celebrate Christmas but still staying in relatively good nick. Then hit the ground running in the New Year, going into a solid camp with a fight date in mind – ideally so I know who I am fighting and what I have to prepare for.

‘Almost overnight I am now being mentioned in the top five, top three. I am in a good place. It feels like the next step, into the elite zone and there are some really great fights down the line. We are just going to see what happens now, we have to see how things play out.’