Jake Paul has been offered a new fight after his upcoming bout with Hasim Rahman Jr was cancelled last weekend. Paul was originally set to fight Brittish boxer Tommy Fury at Madison Square Gardens this Saturday, but the fight was postponed after Fury was denied access into the United States.

Rahman Jr then jumped in to fill the Englishman’s spot, however now the rearranged bout is also not going ahead of the event was cancelled by Paul and his team due to his opponent not being able to drop weight. Due to the short notice it was announced two days ago that the fight night was cancelled.

Paul though has received a last minute offer to get the show back on the road by former unified welterweight world champion Keith Thurman. Per Fight Hub TV, Thurman said: “Send me the contract, I’ll show up tomorrow. I could dance circles around Jakey Pauley… Send me the contract.

“Stephen Espinoza stop playin’, if y’all don’t got a fight for me, just put me in with that boy.” Following the two previous pull outs, the YouTube star hit out at both Fury and Rahman Jr, accusing them of ‘lacking professionalism’ in a brutal slamming on Twitter.

JUST IN: Oleksandr Usyk can ‘mess Anthony Joshua up’ for two reasons as Mike Tyson weighs in 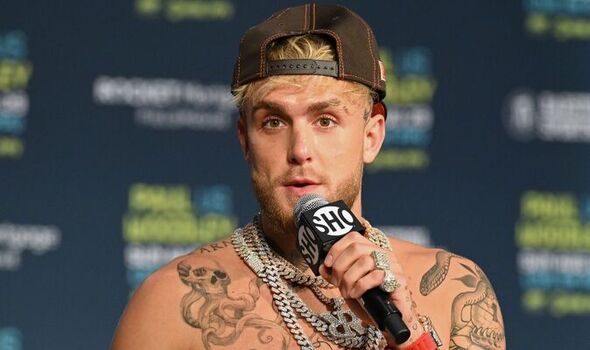 Paul wrote: “First Tommy Fumbled and now Hasim Rahman Crumbled. These boxers are the most difficult people to work with and continually lack professionalism and confidence to fight me. I apologize to all of the of the other fighters on the card, our partners, our team and the fans.”

After his brutal tweet though, it seems there is a line for challenger Thurman to join as British star Chris Eubank Jr also called out the American by replying to his post on social media. Like Paul, Eubank didn’t hold back, writing: “Fumbles & Crumbles are not ‘boxers’ they are guys who put gloves on every now & again for clout… no different to you.

“I’m fighting in a couple months but I can squeeze you into my schedule next week & save your show if you have the heart to get into the ring with a REAL boxer.” Within the saga Paul’s former opponent Rahman stood his ground claiming it was in fact Paul’s team who were at fault for the cancellation.

He said: “I would have beat this man up with one hand like I did in the gym, but let him tell it he already beat my ass in the gym when I was 230lb. So if you beat me up when I was 230lb, what’s the problem fighting me when I’m 215lb or 210lb?It’s clearly them not wanting to fight, it’s not me pulling out. I never said I didn’t want this fight, the only thing I can conclude is that they’re scared.”