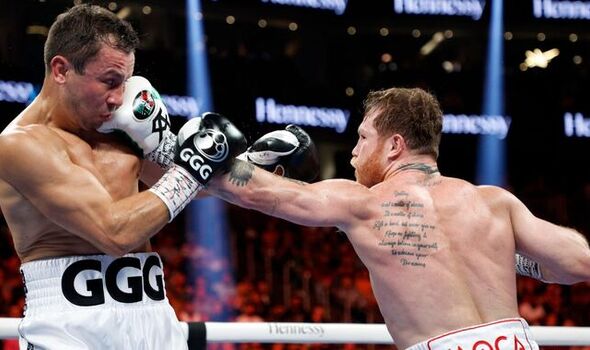 Canelo Alvarez defeated Gennady Golovkin via unanimous decision in a shut-out performance as fans branded the 40-year-old Kazakh veteran as ‘old’ and ‘slow’. Scorecards of 116-112, 115-113, and 115-113 seemed a little close but the right man got the nod.

With so many questions surrounding their first two contests, Canelo was keen to win unanimously and he did. In their inaugural encounter, the judges couldn’t pick a winner and declared the contest a split draw although the consensus is that GGG should have had his hand raised on the night. Then, when they boxed again 364 days later, Canelo edged it on the scorecards via majority decision but not without further scrutiny from most.

There was no such speculation the third time around, however. Canelo pushed the pace early doors while Golovkin was hesitant to let his hands go. Despite a spirited second half, Golovkin, couldn’t summon up enough to bridge the gap as he went out swinging.

There were no knockdowns and Golovkin never looked troubled by Canelo’s power but many fans and members of the media were left concerned by the ‘ageing display’.

Esteemed boxing journalist, Kevin Iole (@KevinI) tweeted midway through the contest: “5-0, 50-45 for Canelo. Canelo looks like an elite fighter going for a knockout. Golovkin looks like a 40-year-old at the end of it. Something big-time is going to have to change and soon.”

@28cgc99_ said: “Just looks old and scared here Golovkin doesn’t he. I hope he calls it a day after this, the first few rounds against the Japanese fella in his last fight he was pathetic.”

@GlryBoy concluded: “Mfs put a prime Canelo vs a 40-year-old Golovkin, how else did u expect for the fight to go. They should not have waited so long for the trilogy.”

Golovkin confirmed post-fight that he would fight on and return to his natural home of 160lb to defend his IBF and WBA (super) belts. While Canelo has made it clear that he intends to return to light-heavyweight to fight the winner of Dmitry Bivol and Gilberto Ramirez.