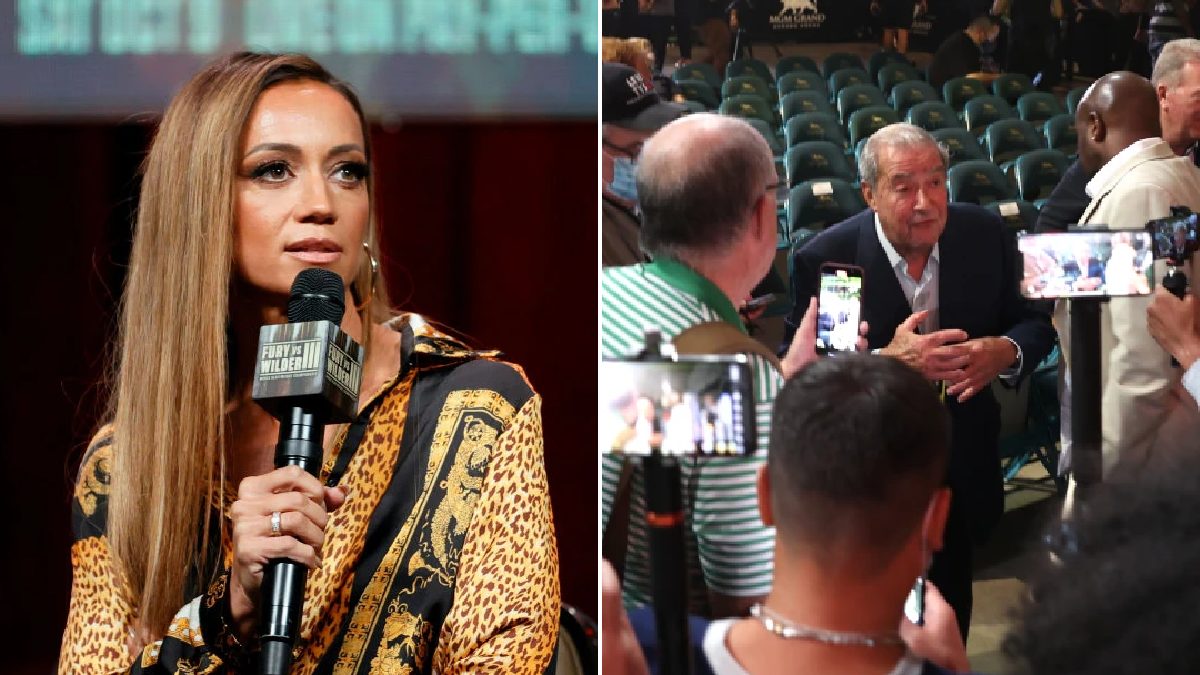 Presenter Kate Abdo has hit back at Bob Arum after the ‘disrespectful’ promoter aimed a foul-mouthed rant at her hosting skills following Wednesday night’s heated press conference between Tyson Fury and Deontay Wilder.

The two heavyweights traded verbal blows on stage at the MGM Grand Garden Arena ahead of their trilogy fight on Saturday night, though when mediator Abdo encouraged the fighters to face off right at the end the 89-year-old Arum leapt to his feet and yelled for it not to happen.

Fury seemed confused on stage as to why it was not taking place, though afterwards Arum insisted there was a prior agreement not to have the two men go face-to-face and unloaded on Abdo for trying to do it regardless.

‘And then she knew that the understanding was no face-off. [Wilder’s promoter] Tom Brown argued with Fox for no face-off, we said no face-off, and what does she say? “Now we’re gonna do a face-off.” F*** her and f*** them, there was no face-off and we saved the fight.’

But Abdo, a broadcasting veteran who fronted DAZN’s coverage of Anthony Joshua’s recent defeat to Oleksandr Usyk, has contested Arum’s claims that the face-off was scrapped in advance and criticised his language and lack of respect.

Writing on Instagram after the clip of Arum’s rant had circulated online, Abdo said: ‘With regards to the face-off – I was doing what we the broadcaster believed was agreed upon. But I think that’s kind of unimportant now.

‘And just before that they were getting quite heated with their words, they were going backwards and forwards, so it was the correct thing to do and obviously I’m sure they’ll do something at the weigh-in, it will be a different scenario there because there will be some security in place.’