Tyson Fury has mocked Oleksandr Usyk’s offer to train with Anthony Joshua for his proposed all-British showdown with The Gypsy King.

Taking to social media, he wrote: “Maybe you can lend him your nuts middleweight? @usykaa don’t be a [p****] like your pal!”

Fury’s comments come after Usyk told Sky Sports: “If he needs my help, I will go to his camp and help him. He is not 40 years old, he is 33, so he should keep working – Anthony, don’t stop. I understand that he wanted to win against me, but Anthony can’t give up. He must go forward.”

His manager Alex Krassyuk has since confirmed his fighter’s willingness to return to the UK and help Joshua prepare for the Battle of Britain, adding: “He said if needed he might come and give him a couple of [pieces of] advice.”

Ahead of his second fight with Usyk, Joshua axed long-time head trainer Rob McCracken and replaced him with legendary coach Robert Garcia. Under the tutelage of the former junior lightweight world champion, Joshua showed marked improvements but was ultimately undone by Usyk’s tricky boxing.

In the lead-up to the rematch, Fury and his coach SugarHill Steward offered to help Joshua in camp.

“We are 100 per cent serious about helping Joshua in camp. We want him to defeat Usyk, for a start, because we want to see Fury against Joshua, and so do all the fans of boxing in the world,” Hill told The Telegraph.

Fury vs Joshua given hope as Warren makes promising pledge 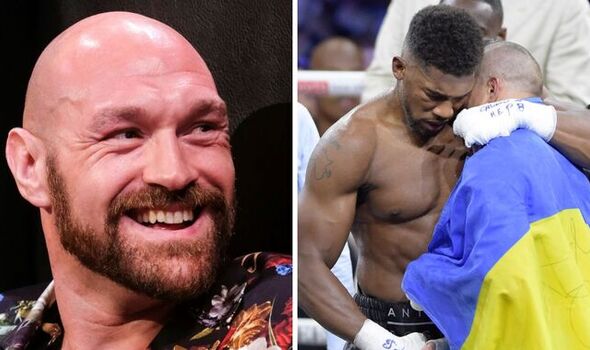 “It is not a ruse or a joke, we would happily help Joshua because he is capable of beating Usyk in the rematch, and this is nothing new. In the old days, all boxers travelled to different gyms for assistance. This is a sport, and we have to think of it as a sport.”

AJ rejected the offer and is now set to face his fellow countryman on December 3. Despite Fury’s insistence that the fight is off after Joshua failed to sign the final contracts by his self-imposed Monday deadline, promoters Frank Warren and Eddie Hearn have both confirmed that negotiations are still ongoing.

The Watford powerhouse is expected to send over his paperwork imminently following time spent with his legal team going over the clauses with a fine-tooth comb.