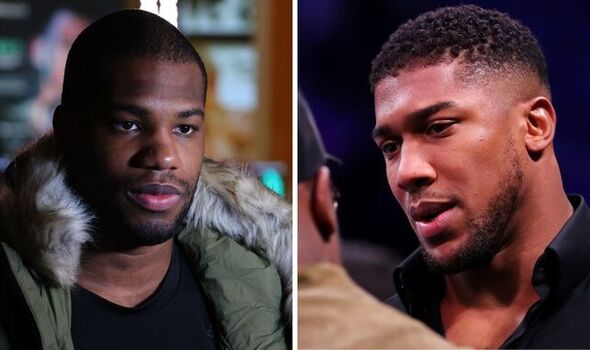 Promoter Frank Warren has his eyes set on an Anthony Joshua-Daniel Dubois fight in the near future but will begin talks with Dillian Whyte next. With Joshua set to rematch Oleksandr Usyk in mid-August for the WBA ‘super’, WBO, and IBF heavyweight titles, Warren is looking to set up Dubois vs Whyte in the meanwhile.

Providing he beats ‘The Body Snatcher’ Warren believes that Dubois will be mandated to face the winner of Usyk-Joshua by either the WBA or WBO with ‘Triple D’ ranked No 1 by the former and No 6 by the latter.

“It’s either going to be the WBO or the WBA. Whatever it is, it all leads to us,” Warren told iFL TV.

“He’ll [Dubois] fight in late September or early October, and we’re looking to find a decent opponent for him to fight.

“I have no problem with that,” Warren said about Dubois’ interest in defending his WBA title against Whyte. “Dillian, contrary to what he thought was going to happen in working with us. I’m sure he had. I know he lost the fight [against Tyson Fury], but other than that, he had a decent experience. Why not? That’s a great fight. I’d like to see it. You’d like to see it. It’s a good yardstick. I’ll be speaking to them [Team Whyte].

Mike Tyson challenger vows to ‘rip his heart out’

Joshua branded ‘quite rebellious’ by Hearn ahead of Usyk rematch

Another fight on the table for Dubois is the rematch against Joe Joyce. Joyce handed Dubois the sole defeat of his professional career in 2020 via tenth-round TKO and Warren believes a rematch down the line would be a ‘stadium fight’.

“There are some great fights there to be made for both him and Joe Joyce, and ultimately those two to get a rematch on which is going to be a stadium fight, that is a great fight which we will be building, and he wants it and I know Joe wants it so that’s another great fight we can make. Big paydays for these guys.”

When asked about how he thinks Dubois would get on against the winner of Usyk and Joshua, Warren said: “I fancy him against anybody. He’s a big, big puncher. He can box as well. He’s got a great jab.

“I honestly think him and Joshua, I think, he, Joshua, is made for him. My personal comment on that is I think he’s made for him [Dubois]. But Joshua has got to get through Usyk first.”