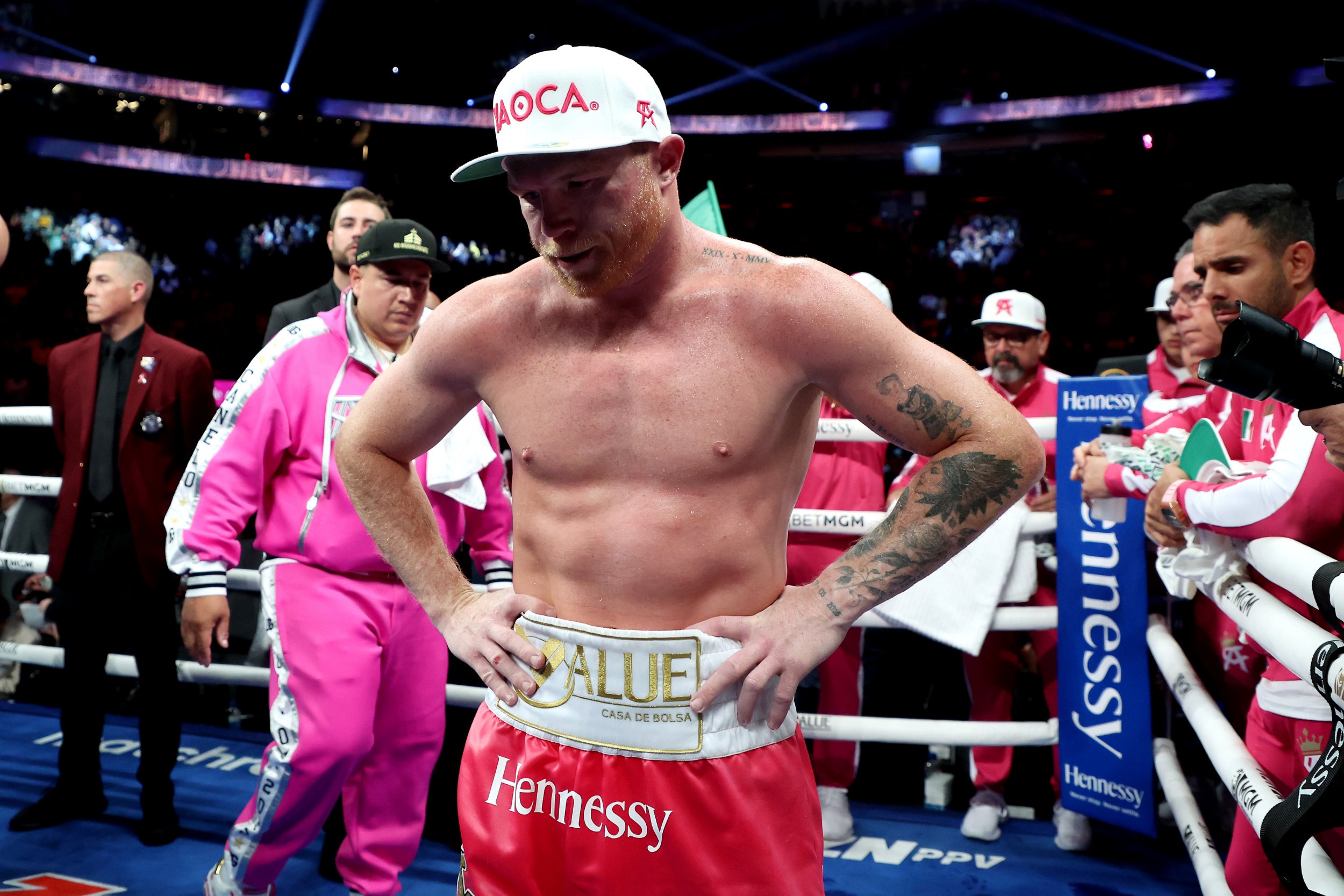 Floyd Mayweather revealed he bet on Canelo Alvarez to lose against Dmitry Bivol in their light-heavyweight title fight in Las Vegas.

Canelo was favourite heading into the bout but the unbeaten Bivol, who has retained his WBA light heavyweight title, produced a brilliant display to win 115-113 on all three of scorecards.

The defeat to Bivol is only the second of Canelo’s career, with his first coming against Mayweather in September 2013.

Mayweather posted the betting slip on his Instagram page along with the caption: ‘Easy pick up.’

During a press conference in December, Mayweather hit out at Canelo and claimed his fight against the Mexican in 2013 was a ‘cakewalk’.

‘You take a guy like Canelo, this guy can pick and choose who he wants to fight,’ Mayweather said.

‘And I’m going to tell you all the truth about Canelo. That mother f easy, man. Cakewalk. Easy. Y’all sitting up here praising this dude. This dude was nothing. I was almost forty years older when I cooked this dude. Easy.’

Canelo, meanwhile, insists he wants a rematch against Bivol and believes he should have won the fight.

‘I feel that often judges score things that perhaps they shouldn’t, for example I was blocking shots and I was rolling punches, and I think sometimes that’s where the mistake may have been made.’