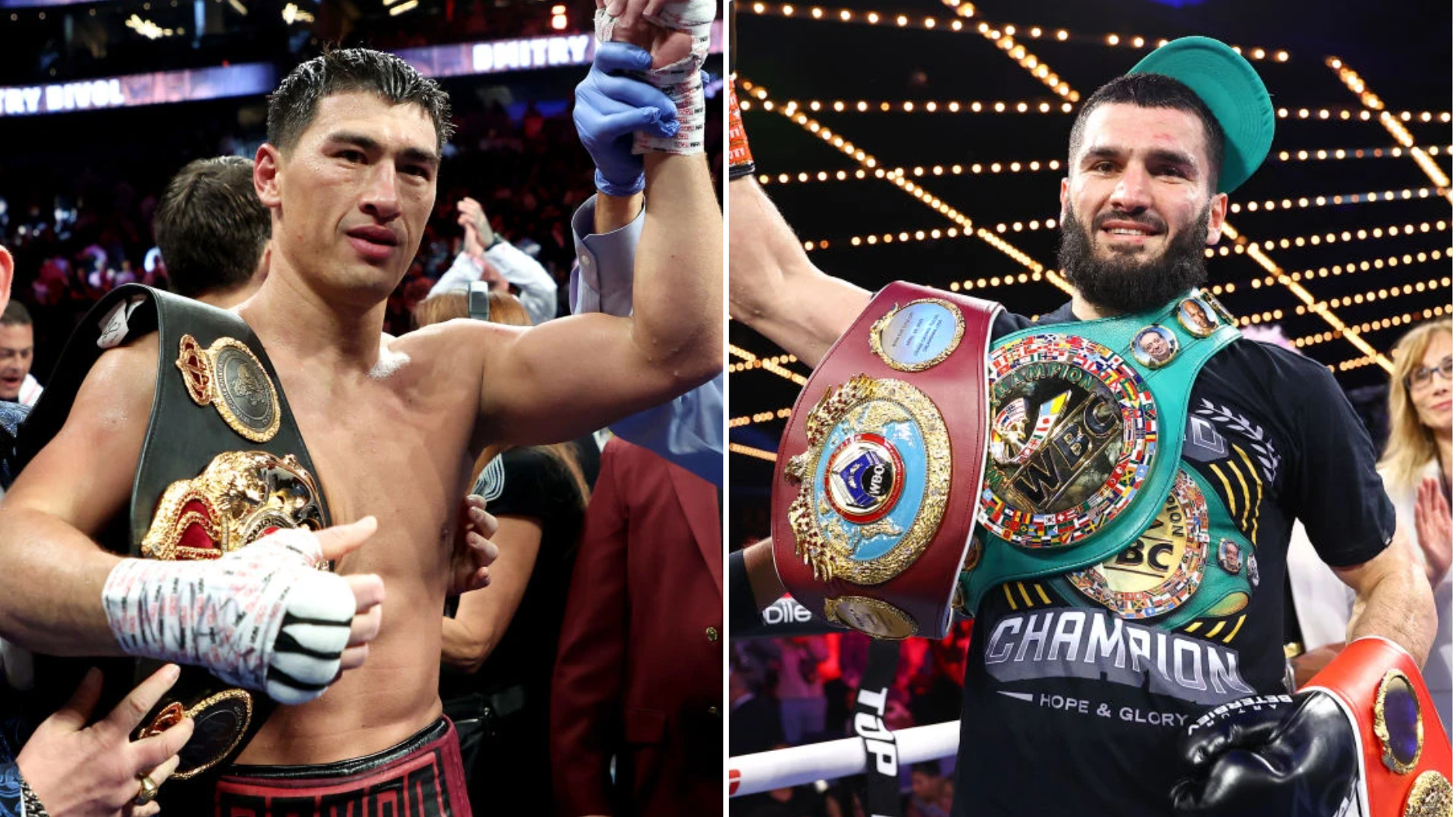 WBA light-heavyweight champion Dmitry Bivol admits his preference is to chase down unification glory against Artur Beterbiev over a rematch against Saul ‘Canelo’ Alvarez.

Bivol, 31, produced a dazzling display to shut out the Mexican superstar in May, becoming just the second man after Floyd Mayweather Jr to beat Canelo whose latest move up to the 175lbs division ended in a humbling unanimous decision defeat.

The Russian is now set to defend his title against mandatory challenger Gilberto Ramirez in Abu Dhabi on 5 November, while Canelo has returned to super-middleweight where he will defend his undisputed title against Gennady Golovkin in their trilogy match later this month.

But while Canelo has made it clear he still wants a shot at revenge should Bivol beat Ramirez, the undefeated champion has other plans involving fellow Russian Beterbiev, who holds the division’s IBF, WBC and WBO titles.

‘To be honest, I want to fight for the other belts. But if he [Canelo] wants to fight against me again then we can negotiate about it and if everything is okay for me for next fight, why not,’ Bivol said.

‘But I am focused on Ramirez now. It is a really good opponent for me and I have to beat him to create plans after the fight.’

The first meeting between Canelo and Bivol came with a rematch clause, which the former is yet to enforce having already agreed to a third fight with Golovkin.

With that bout happening in two weeks’ time, Bivol’s manager Vadim Kornilov suggests any rematch will now have to be re-negotiated.

‘We are not really trapped into the rematch clause anymore, this is the fight now [against Ramirez] and the rematch will be negotiated, both guys went and took out a fight,’ Kornilov said.

‘Then we have to work together and figure out the next fight,’ he added.

Bivol defended his world title against Canelo amid the backdrop of war in Ukraine following the Russian invasion in February.

Russia was hit with worldwide sanctions in the immediate aftermath with Russian sport greatly impacted as a result.

Ukrainian boxing legends Wladimir and Vitaly Klitschko demanded Bivol, who was born in Tokmak, Kyrgyzstan, but has been a long-time resident of St Petersburg and is a Russian citizen, should have been banned from defending his title.

‘Of course it was bothering me,’ Bivol recalled. ‘I am a boxer, I am a sportsman, I am an athlete. I only know about boxing, not even football even. I just want to fight only in the ring, I don’t know about politics at all.’

Victory for Bivol in Abu Dhabi in November will leave him course to fight Beterbiev for all the belts on offer at light-heavyweight. The IBF, WBC and WBO champion is currently sidelined with an injury however that has delayed a mandatory title fight against Anthony Yarde, a bout that has been pushed back to 2023.

The destructive 37-year-old is boxing’s only world champion with a fearsome 100 per cent knockout record still intact.

Bivol and Beterbiev shared rounds of sparring a decade ago when the latter was preparing for the London 2012 Olympic Games while the former believes a fight against his compatriot will prove to be a greater test than the one supplied by Canelo in May.

‘It will be difficult but not much more. Just different type of difficult,’ he said. ‘The fight against Canelo was difficult because no one believed in me except my team. Beterbiev is not as popular as Canelo so maybe that will be easier. But about boxing skills, about sizes, I think it will be more difficult.’