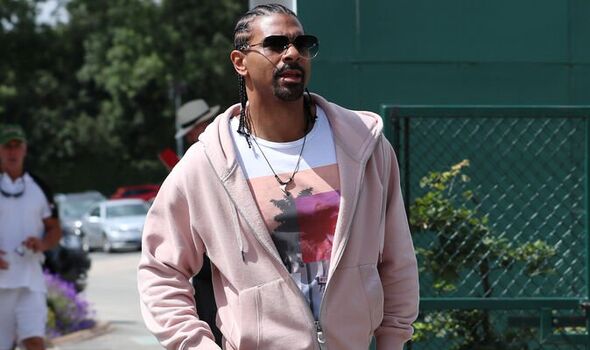 Former two-weight world champion David Haye has been charged with assault by beating at a commerical venue in Hammersmith, West London on October 30 last year. Haye, now a boxing pundit, was arrested on Thursday at Heathrow Airport on arrival.

The former boxer entered a not guilty plea when he appeared before Westminster magistrates on Friday and was bailed to reappear at the same court on September 9.

**We’ll be bringing you the very latest updates, pictures, and video on this breaking news story. For the latest news and breaking news visit:/sport Stay up to date with all the big headlines, pictures, analysis, opinion, and video on the stories that matter to you. Follow us on Twitter @DExpress_Sport – the official Daily Express & Express.co.uk Twitter account – providing real news in real-time. We’re also on Facebook @DailyExpressSport – offering your must-see news, features, videos, and pictures throughout the day to like, comment, and share from the Daily Express, Sunday Express, and Express.co.uk.**