Shannon Courtenay has explained that her period was the reason why she missed weight for her fight with Jamie Mitchell as she has been stripped of her world bantamweight title.

Her bout will still go ahead, and Mitchell could win the vacated title if she takes victory as the M&S Bank Arena in Liverpool on Saturday. 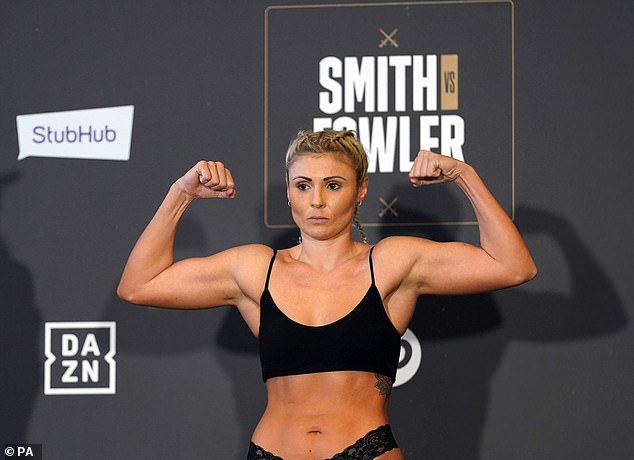 In a post on Instagram she revealed that an early start to her menstrual cycle was the reason behind her not making the weight for the fight.

She said: ‘Thank you to everyone that’s been messaging to check on me & send me love.

‘We had no weight issues during camp & all week I’ve been in a really good place & ready.

‘We was on weight & ready to go yesterday & then last night (Thursday) unexpectedly my menstrual cycle started which for obvious reasons makes woman gain weight. 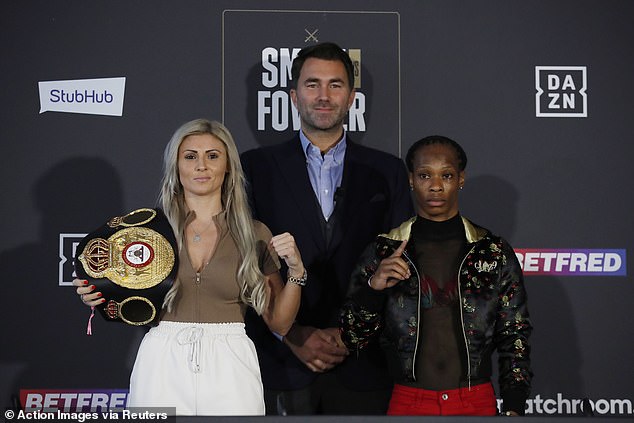 ‘To say I’m devastated is understatement because this has never happened before I’m always professional but this was physically out of my control.

‘It’s happened & I can’t change it but what I can do is go out there tomorrow night get the win & get my belt back straight after & that’s exactly what I’m going to do. I’m switching off now I have a fight to get ready for.’

Although the WBA gave her a two-hour window to try and lose the required weight, Matchroom Boxing promoter Eddie Hearn announced she would not attempt to do so, forcing her to relinquish the title. 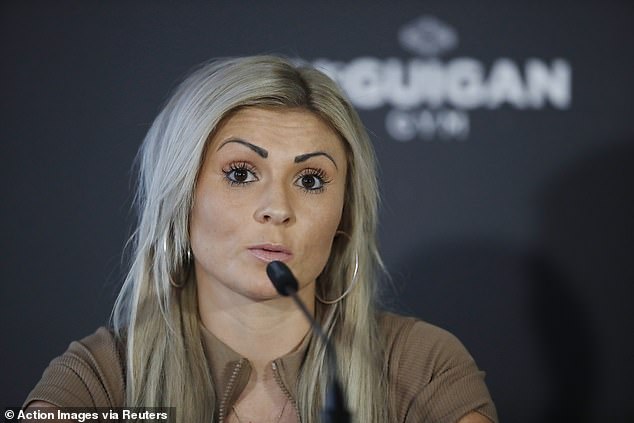 Courtenay won the world title in her last bout in April, when she beat Australian Ebanie Bridges via an unanimous decision.

There was also drama in the weigh-in for the main event between rivals Anthony Fowler and Liam Smith.

Fowler’s team complained about Smith’s weight while he was on the scales and the Liverpudlian had to strip down and do his weigh-in behind a towel.

After words were exchanged on stage between Fowler’s coach Shane McGuigan and members of Smith’s team, the latter eventually did make the weight at the 154lb limit.