Conor McGregor has bizarrely called out PSG forward Neymar after he posed with fellow Brazilian – and his UFC rival – Charles Oliveira, vowing to ‘smoke’ the pair.

The Irishman – who is looking to bounce back following back-to-back defeats against Dustin Poirier – is eyeing up a showdown with Oliveira to challenge for his lightweight title, and decided to stir the pot by taking a swipe at him on social media, but the former Barcelona football star was caught in the crossfire.

Neymar and Oliveira met at an event last week, with the PSG player smiling next to the lightweight king and pointing at him as they held his belt in a photo posted on the UFC man’s Instagram account. 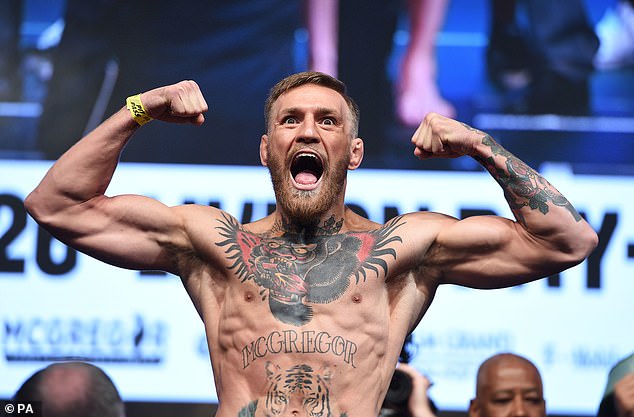 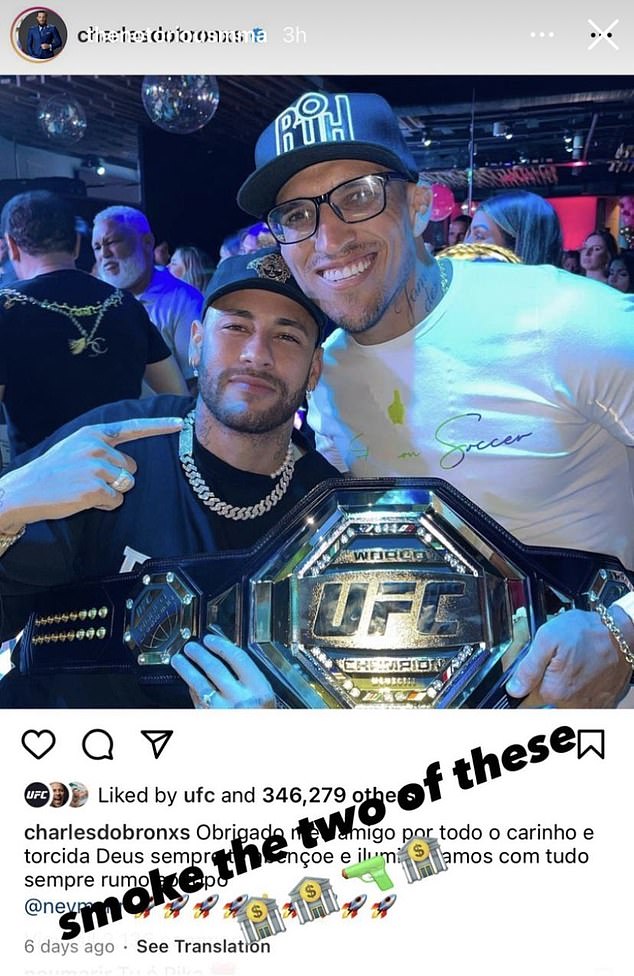 But McGregor was clearly irked by the show of affection between the two and decided to have a pop at both of them on his own Instagram.

Uploading a screenshot of the photo, he wrote over it ‘smoke these two’, with a handful of rocket, gun and money emojis.

Firing shots on social media is far from new for McGregor, but it could be argued that involving a footballer might be taking a step too far.

It comes as ‘Notorious’ steps up his recovery from a broken leg suffered against American Poirier at UFC 264 last summer, with Oliveira firmly in his sights having already called him out for a showdown. 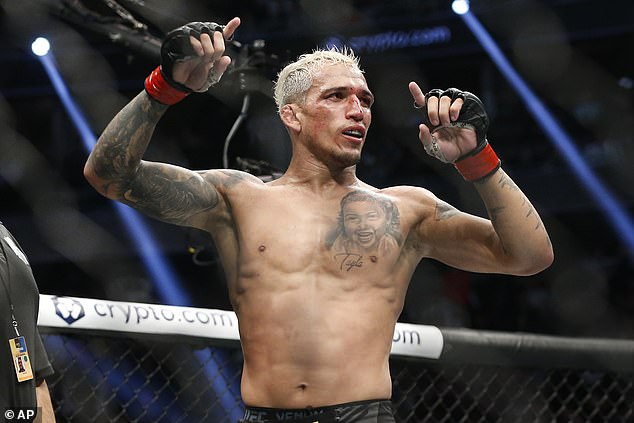 McGregor is targeting a fight with his UFC rival Oliveira, who is currently the lightweight king

Last month Oliveira welcomed the possibility of a fight, saying May could be a suitable date – even if it meant risking the wrath of Justin Gaethje to allow McGregor to skip the queue.

He told Sherdog: ‘May would be a wonderful date. Conor challenged me asking a date, and tweeted Ireland vs. Brazil 2.

‘Not only him, but also myself and all the world wants to see that fight. So let’s make it happen. I’m waiting for him in May.

‘It may be in welterweight, lightweight or middleweight, with my title on the line or not. Just choose and I’ll be ready.’