Conor Benn has failed a drugs test, placing his October 8 clash with Chris Eubank Jr in jeopardy, promoters have confirmed.

According to a recent statement made by Wasserman Boxing (Chris Eubank Jr’s promotional company), which was shared by Eddie Hearn, Benn’s Sample A returned an adverse finding for the banned substance clomifene.

Currently, they are awaiting the findings of Sample B before an official decision can be made on whether the fight will go ahead. Both fighters remain keen to share the ring with one another despite the matter.

The medication is usually used to treat infertility in women but can increase testosterone in men and is prohibited by the Voluntary Anti-Doping Association (VADA) which is understood to have carried out the test on Benn. The test was carried out in August and Benn has not been charged. 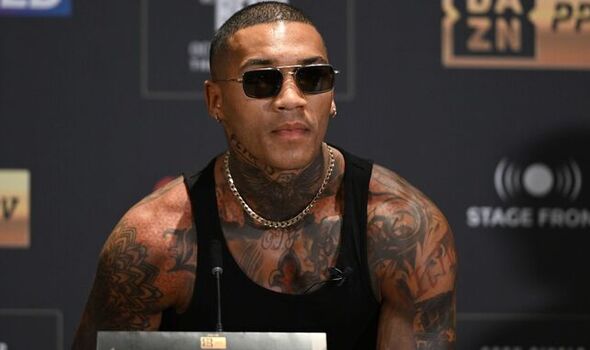 The official Wasserman Boxing statement reads: “We have been made aware that a random anti-doping test for Conor Benn conducted by the Voluntary Anti-Doping Association returned an adverse analytical finding for trace amounts of a fertility drug.

“The B sample has yet to be tested, meaning that no rule violation has been confirmed. Indeed, Mr Benn has not been charged with any rule violation, he is not suspended, and he remains free to fight.

“Both fighters have taken medical and legal advice, are aware of all relevant information, and wish to proceed with the bout this Saturday.”

It is presently unclear whether the fight will take place this weekend as a result of the news but both parties intend for it to do so. Eubank Jr has since responded to the news with a face-palm emoji while Benn shared the statement to his Instagram story.