Conor Benn is targeting a fight against Adrien Broner next after knocking out Chris Algieri, as Eddie Hearn opens talks over potential 2022 showdown… with Brit keen to face Danny Garcia or Mikey Garcia if it fails to materialise

Conor Benn has revealed Eddie Hearn is already in talks over a potential showdown with Adrien Broner following his emphatic victory over Chris Algieri last weekend.

Benn, 25 and now boasting a 20-0 ring record, only needed four rounds to dispatch of Algieri in Liverpool on Saturday night, rendering the American senseless with an explosive left-right combination early on.

The welterweight hopeful is now eyeing a lucrative shot at four-weight world champion Broner in his next contest, which Hearn is attempting to pencil in for early 2022. 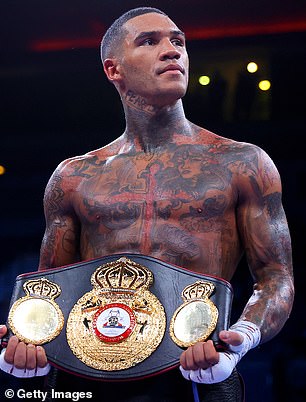 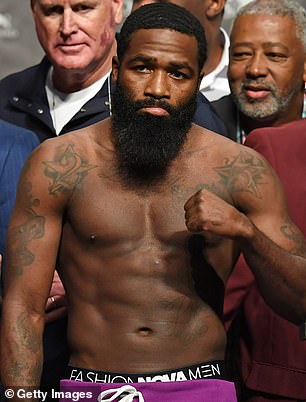 Yet should those efforts prove unsuccessful, Benn has thrown down the gauntlet to other former champions in Danny Garcia and Mikey Garcia, as well as current WBA king Yordenis Ugas.

When asked about his chances of enticing Broner into the ring, he told Boxing Scene: ‘Money talks at the end of the day. So, I’ve heard Eddie Hearn is trying to make (the Broner fight) happen for the early part of next year.

‘If that doesn’t happen, you’ve got the likes of Danny Garcia, Mikey Garcia, who I’d love to share the ring with. I’d like another top American. 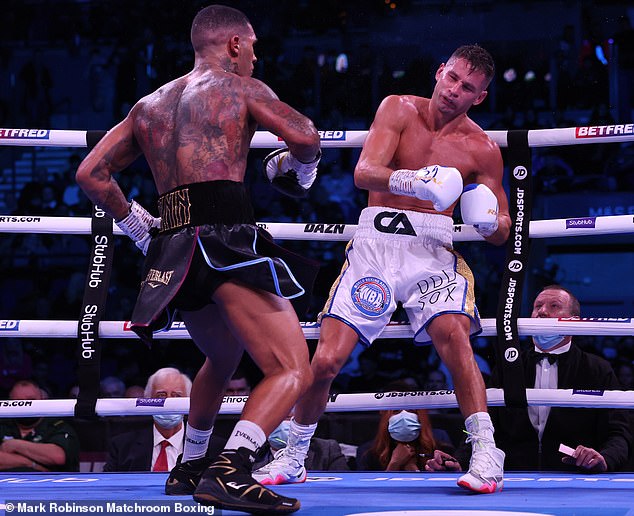 ‘Ultimately, I leave it with my promoter and my team. I’d like the Ugas fight. I know Ugas is fighting his mandatory, so I know he’s got a tough fight there. … But if they offered me that fight tomorrow, I’d take it as well.’

Benn is currently listed as the fifth best welterweight in the world by the WBA and WBC, rankings which are likely to improve after his latest demolition job.

He has come on leaps and bounds in recent years, taking his game to new heights with mature and efficient victories over Sebastian Formella and Samuel Vargas as well as Algieri. 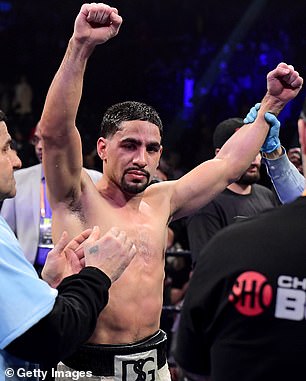 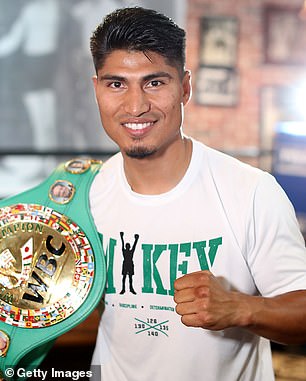 Should he fail to secure a shot at Broner, the 25-year-old wants to face Danny or Mikey Garcia

Speaking about the latter win, Benn added: ‘I wasn’t surprised because I know how I’ve been feeling and how I’ve been looking in the gym.

‘But, you know, I was glad I made a statement with that knockout. It was similar to the (Samuel) Vargas knockout. … It’s not about the opponents. It’s how I beat them.

‘It’s how I look beating them that’s important to me in comparison to the former world champions that (Algieri has) fought, like Khan, Spence, Pacquiao, and (Adrian) Granados with Robert Easter, Broner, Danny Garcia. Samuel Vargas with Vergil Ortiz, Amir Khan.

‘So, when we do them comparisons – Sebastian Formella with Shawn Porter – beating them more convincingly than these guys, that’s the plan.’