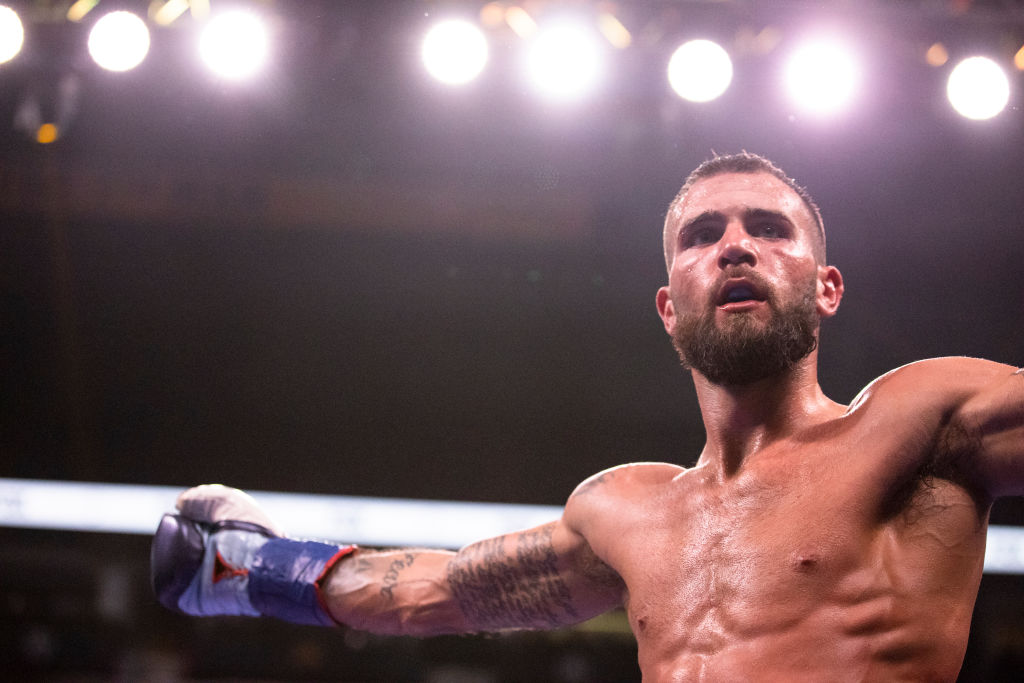 Caleb Plant will take to the ring on Saturday night against Saul ‘Canelo’ Alvarez having already experienced more hardship than most fighters will in their entire lives.

The 29-year-old Tennessee fighter has a proud undefeated record of 21-0 and currently holds the IBF super-middleweight title – one of the four belts on the line in Las Vegas on Saturday.

Canelo, regarded as the best pound-for-pound fighter on the planet, holds the other three. The Mexican is one of the most fearsome fighters in the sport, having broken down the best boxing has to offer over the last eight years since his sole professional defeat to Floyd Mayweather Jr in 2013.

While Plant has experienced personal trauma outside of it, the boxing ring has served as a sanctuary for him – where the prospect of trading punches with another man has been something to savour amid the backdrop of tragedy in his personal life.

During his own upbringing in the impoverished Ashland City, Tennessee, Plant sought to find a way out as his promise in the ring began to show from a young age. At 19 and while still fighting as an amateur, his life changed when his daughter Alia was born in May 2013.

Plant and Alia’s mother Carman Jean Briscoe-Lee were immediately hit by the news that Alia was born fighting for her life, with an unknown medical condition that caused her to have up to 150 seizures a day. On five occasions over the next 19 months, Plant was told his daughter was about to die. On four of those occasions, he refused to listen.

‘The doctors would pull me into this little white room and they had that look and they said to me, ‘OK, Mr. Plant, we want you to know that we’ve done everything that we can do, but your daughter, she’s going to wind up passing away tonight,’ Plant told Yahoo Sport in 2019.

On the fifth occasion however with nothing more possibly to be done, the decision was made to take her off life support, with Alia dying in her mother’s arms on 29 January in 2015.

‘They’d said she’d pass sometime in that coming night,” Plant said. ‘So I thought it was best to keep that life support on until five so everyone who wanted to could get there. But then after I talked to her, something happened and the doctors said, ‘She’s going to pass now.’

By this point, Plant was five fights into his professional career and would soon be on the way to fulfilling a promise of winning a world title for his daughter. In 2019, after beating Jose Uzcategui to win the IBF title he still holds today, he returned to her graveside with the belt.

Unfortunately, heartbreak didn’t stop there. Two months after his world title victory, Plant’s mother Beth, 51, was fatally shot by Tennessee Police. A statement from the Tennessee Bureau of Investigation later said Plant became ‘combative’ while being transported by ambulance and pulled out a knife. The driver called authorities and an arriving deputy shot Plant when she brandished a knife at the officer, according to the report.

Love you forever and always momma . You always said âwork hard bubbaâ and I did. All you needed was help with your demons… your free now mommað¤ pic.twitter.com/kqgYOg4Bkc

Once again, Plant used boxing as his escape, throwing himself into his craft and returned to the ring just four months later, defending his title on the Manny Pacquiao vs Keith Thurman undercard in July 2019.

Plant has defended the title twice since then, both TKO wins, with Canelo his next challenge. The Mexican has recorded huge wins over formerly undefeated Britons Callum Smith and Billy Joe Saunders in the last 12 months alone with Plant’s IBF title the final piece of the puzzle at 168lbs.

While he has already made good on his promise to Alia to win a world title, he now has the chance to cement his legacy and become an undisputed world champion.