From Conor McGregor to Brock Lesnar, Bruce Buffer has been at the heart of every big UFC events since his debut as Octagon announcer 25 years ago.

Buffer, 64, has been the sport’s most recognisable voice for the past 24 years, having been on MC duties for every PPV and numbered UFC event since UFC 11 on September 20, 1996. 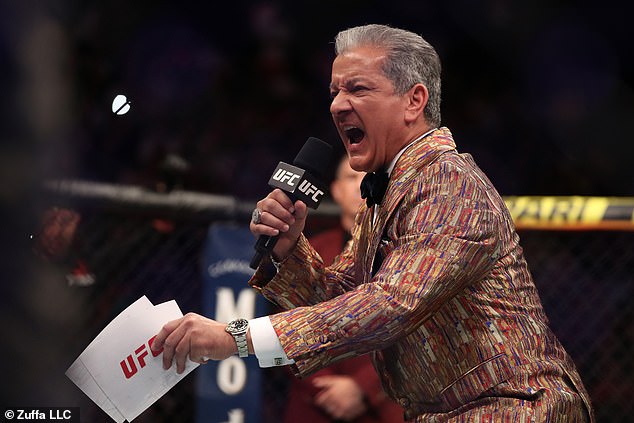 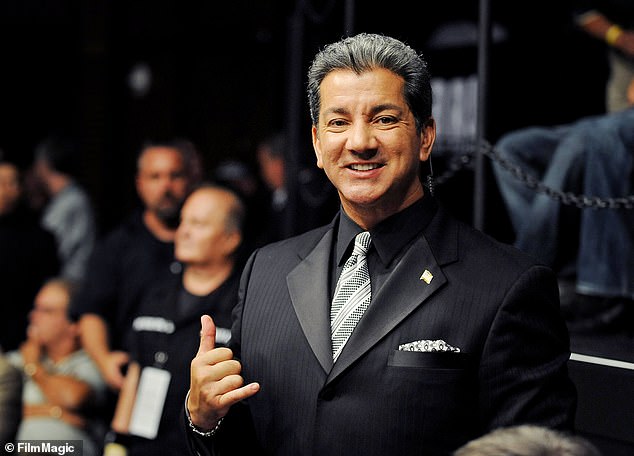 However, the Voice of the Octagon will not work Saturday’s UFC 267 card on Fight Island after testing positive for coronavirus, meaning his run of 255 straight events is over.

Joe Martinez, who typically announces UFC Fight Night cards and smaller UFC events, will fill the hotseat for one night only.

‘Buffer got COVID,’ White said at the UFC 267 pre-fight press conference. ‘He didn’t want to make this trip. He’s home relaxing and recovering from COVID.’ 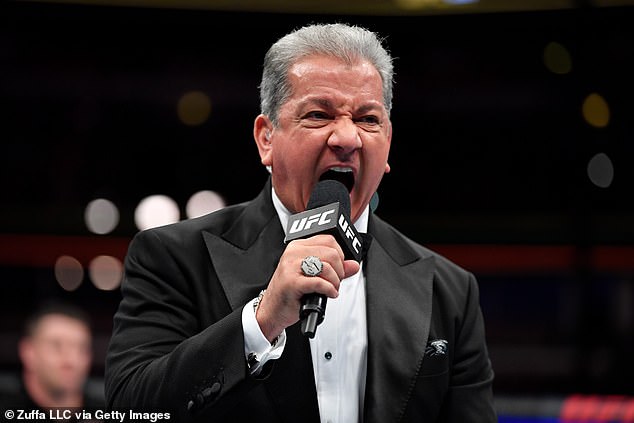 However, Buffer has been struck by Covid and will miss Saturday’s UFC 267 on Fight Island 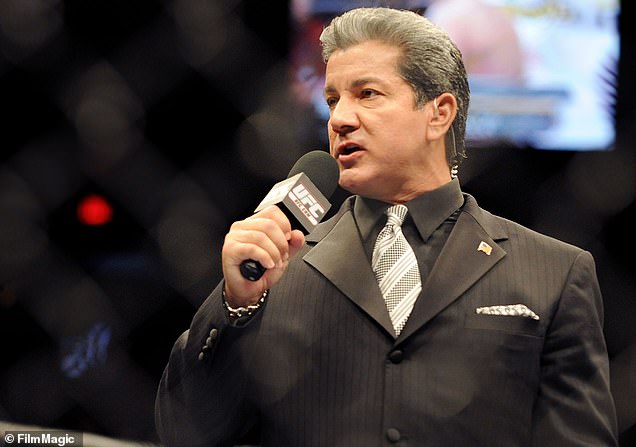 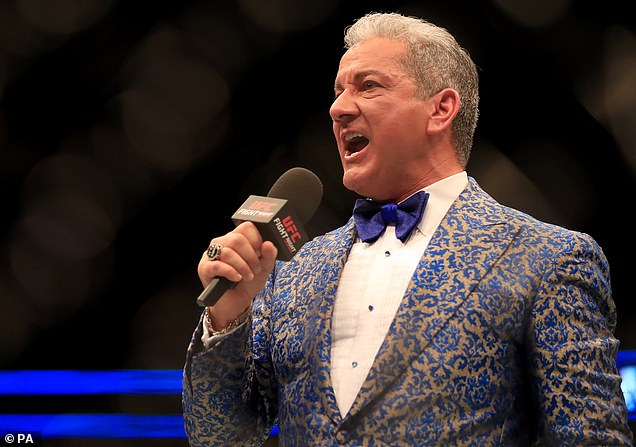 The 64-year-old said that he has recovered from Covid and will be back on our screens for next weekend’s UFC 268 card at Madison Square Garden, New York.

‘I just finished my 14-day quarantine and feeling like myself again and will be ready to roar the roof off Madison Square Garden next week,’ he told Ariel Helwani.

‘My 24-year-plus streak is over but doubt it will ever be beaten. Like Dana said, it would take a bullet to keep me out of the Octagon, but COVID got me first.’