‘I’ll believe it when he vacates those belts’: Boxing fans hit out at ‘attention seeker’ Tyson Fury after he again announces his retirement… just days after the Gypsy King insisted he would return to the ring

Boxing fans have slammed Tyson Fury after he retired for the second time despite revealing his intention to return to the ring just four days ago.

The Gypsy King originally revealed he would retire from the sport following his sensational knockout victory over British rival Dillian Whyte in April.

And on Monday, Fury publicly announced his intention to return to the ring as he called out fellow heavyweight Derek Chisora, later stating long-term friend Isaac Lowe will replace SugarHill Steward as his new coach. 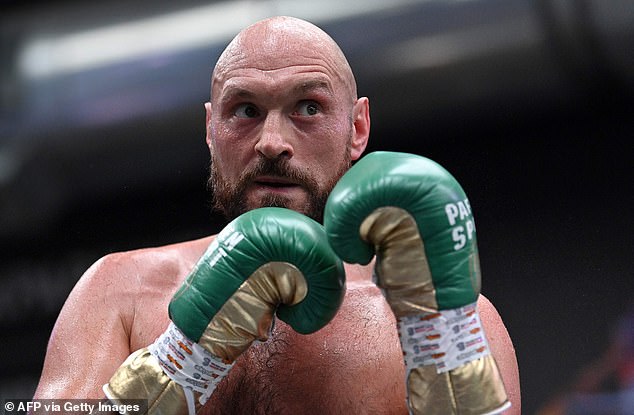 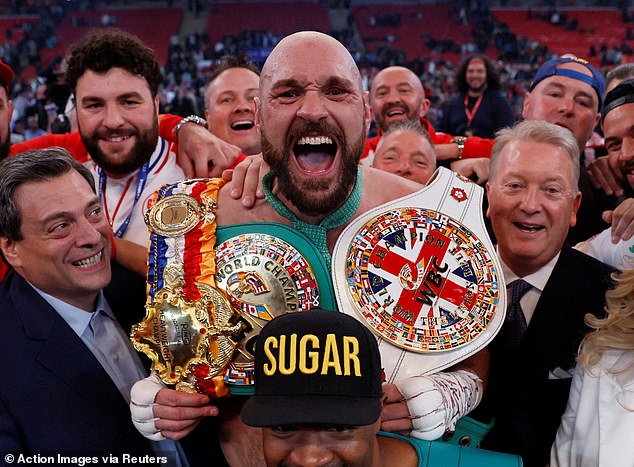 Fury made his debut in 2008 with his record standing at 32 wins, one draw and no defeats

Fury also publicly called out strongman Hafthor Bjornsson ahead of a proposed exhibition bout on Thursday, having flown out to Iceland to confront the 33-year-old in person – only to end up at the pub after finding out Bjornsson was in a different country.

He announced his retirement this morning, which is also incidentally his 34th birthday, with a statement thanking ‘everyone who had an input in my career over the years’.

And fans were quick to criticise him with some saying he was just desperate to be back in the headlines.

One said: ‘One of the biggest attention seekers in boxing.’

Another added: ‘He is so boring. People need to stop giving him the attention he’s desperate for.

‘It’s no coincidence how vocal he’s been last couple of weeks in the build up to the Usyk-AJ fight.’

Others on social media also outlined their disapproval at Fury’s antics over the past week.

‘Basically he made a pathetic statement this week about a comeback, everyone laughed at him and now he’s eaten his humble pie.

‘Go away you silly little man.’

Meanwhile, some didn’t believe it was really the end of Fury’s career.

A user quipped: ‘Tyson Fury is just playing games at this point let’s just leave him to it. The King will be back once the winner of AJ vs Usyk has been decided.’

A fan wrote: ‘He is so boring. People need to stop giving him the attention he’s desperate for’

Another wrote: ‘Chat s*** he’ll be out of retirement again tomorrow.’

A further fan gave their thoughts on the situation, but also didn’t believe it was the end for the Gypsy King.

‘What an a**. I’ll believe it when he vacates those belts. Otherwise, Fury can kiss off with the clickbait.’

Fury made his boxing bow in 2008 with his record standing at 32 wins, one draw and no defeats.

He has also been widely praised for his work as a mental health ambassador, having opened up about his own struggles during his career.