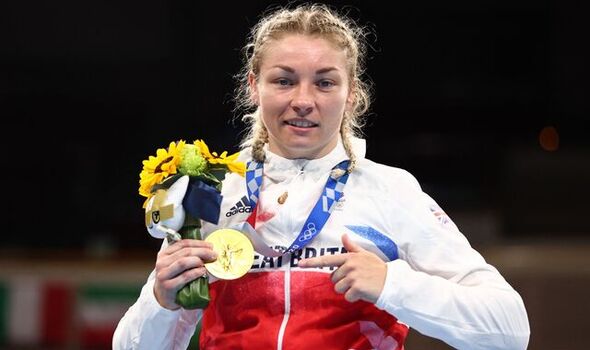 Boxing’s place at the Olympic Games appears in serious jeopardy after the governing body for the sport at amateur level re-elected its Russian President. The International Boxing Association [IBA] election, initially scheduled for Friday, was delayed a day as the Court of Arbitration for Sport [CAS] ruled on the appeal of Dutch candidate Boris van der Vorst.

Van der Vorst had been dramatically prevented from challenging Umar Kremlev by an interim nominations panel, before taking his case to CAS. However, the authority upheld the decision, meaning Kremlev, IBA president since December 2020, was officially re-elected for a four-year term at an extraordinary congress in Istanbul.

Van der Vorst, among with four other candidates for positions on IBA’s board of directors, were barred from taking part in the election. They will now reportedly go ahead with a full appeal to CAS against the decision by the Interim Nomination Unit to bar them.

A statement from the Interim Nomination Unit at the time read: “Complaints were made to the Interim Nomination Unit on 11 and 13 April 2022 that the activities of these candidates were improper under the Iba regulations insofar as they constituted participation in another international boxing organisation, prohibited collaboration between candidates and electoral campaigning outside the Electoral period.”

According to a report in the Daily Mail, van der Vorst was deemed ineligible because of his involvement in an alliance that was critical of the governing body for its response to the war with Ukraine. The group had also argued that the IBA was being bankrolled by Russian state-owned company Gazprom.

JUST IN: Wladimir Klitchsko under fire for Russian boxing comments amid Ukraine conflict

The natural gas company Gazprom has already been dropped as chief sponsor of the UEFA Champions League amid Russian’s invasion of Ukraine. However, thus far the IBA has claimed it can’t “completely cancel” its contract with the company.

The International Olympic Committee [IOC] have reportedly been concerned by the situation regarding Kremlev’s re-election, with a spokesperson quoted in the Mail as saying the organisation “was monitoring the developments at the IBA very closely.”

Indeed, boxing’s place at Paris 2024 is yet to be confirmed. And if the IOC do take the most extreme action and refuse to incorporate it onto the roster, it will be a major blow for both the Games and the fighters involved.

The subject of Russian sportspeople being sanctioned has proved divisive. Former heavyweight world champion Wladimir Klitschko has called for the country’s boxers to be banned from competition – comments criticised by WBA light-heavyweight champion Dmitry Bivol.