Anthony Joshua is hoping that Tyson Fury comes out on top when he bids to set the record straight against Deontay Wilder in Las Vegas tonight. The Watford-born star is desperate to become the first undisputed heavyweight world champion since 2000, when fellow Brit Lennox Lewis was the king of boxing’s most dangerous division.

AJ enjoyed a rollercoaster 2019 which started with hope of a mega-fight against the Bronze Bomber but talks were quickly at an impasse as Eddie Hearn and Showtime chief Stephen Espinoza became embroiled in a public spat on social media over negotiations.

Joshua was later stunned at Madison Square Garden by stand-in opponent Andy Ruiz Jr as he returned to action before he avenged his first career defeat in comfortable fashion in the Saudi Arabian desert in December.

Now an undisputed clash is firmly back on the agenda but this time around AJ is certain that he needs Fury to come out on top after his former troubles trying to make a fight with Wilder.

That first became clear just ten days after he beat Ruiz when he sensationally claimed he would be happy to spar with the Gypsy King as part of his camp for the rematch. 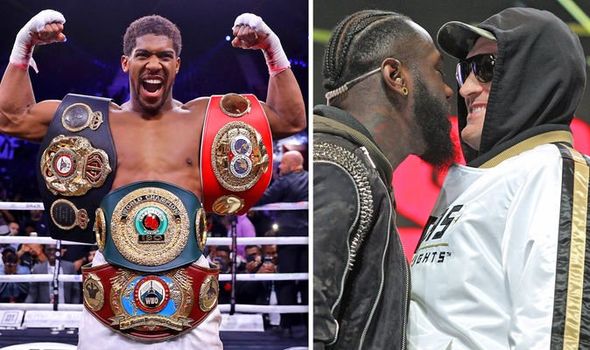 “I think honestly he might beat Wilder next time,” he told Sky Sports in December.

“I think Fury would fight me quicker than Wilder would, so if that’s the case I want him to win. Imagine that fight on British soil.

“If Tyson needs me, I’ll go out and spar with him to get him ready for Wilder.”

While Joshua later admitted that he regretted the offer, it was a clear indication of just how much he wants an all-British dust up with Fury after growing tired of Wilder’s games.

During the second episode of the ITV documentary ‘The Gypsy King’ which aired on Thursday, a clip was shown of Fury FaceTiming Joshua from his local pub in Morecambe while sipping a pint of lager.

Behind the trash talk, there is clearly mutual respect between the two giants.

To which Fury replied: “When are we fighting? Behave yourself! 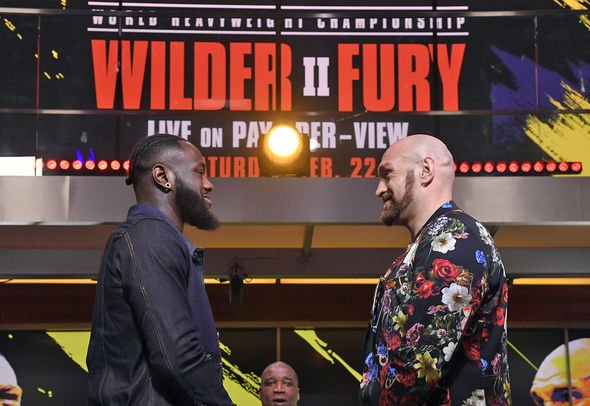 “I only called to say hello!””

It’s been said before and many times, Fury is not afraid to fight and should he beat Wilder there is more chance of a deal for an undisputed clash being done.

Despite trying to rattle Fury’s cage, Eddie Hearn also echoed his most prized fighter’s view that the 31-year-old is less likely to play hardball.

“I thought [Fury] might win the fight, but I’ve heard a few things in the camp and stuff like that,” the Matchroom chief recently told talkSPORT, when pushed for a prediction. 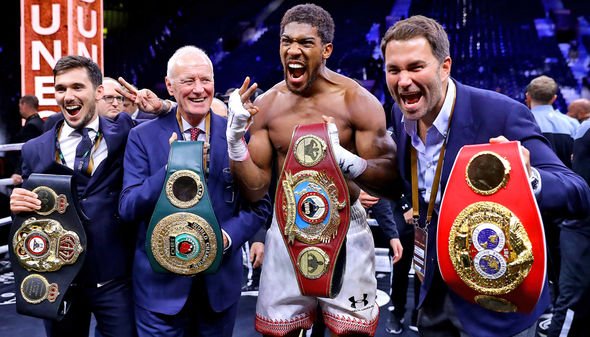 “Listen, it might be rubbish, but [now] I do think Wilder’s gonna win the fight by stoppage.

Only Fury knows the truth behind speculation of a disruptive camp, but it remains clear that he has the support of Joshua heading into Saturday night’s rematch which could see him cement his place as the best heavyweight on the planet.