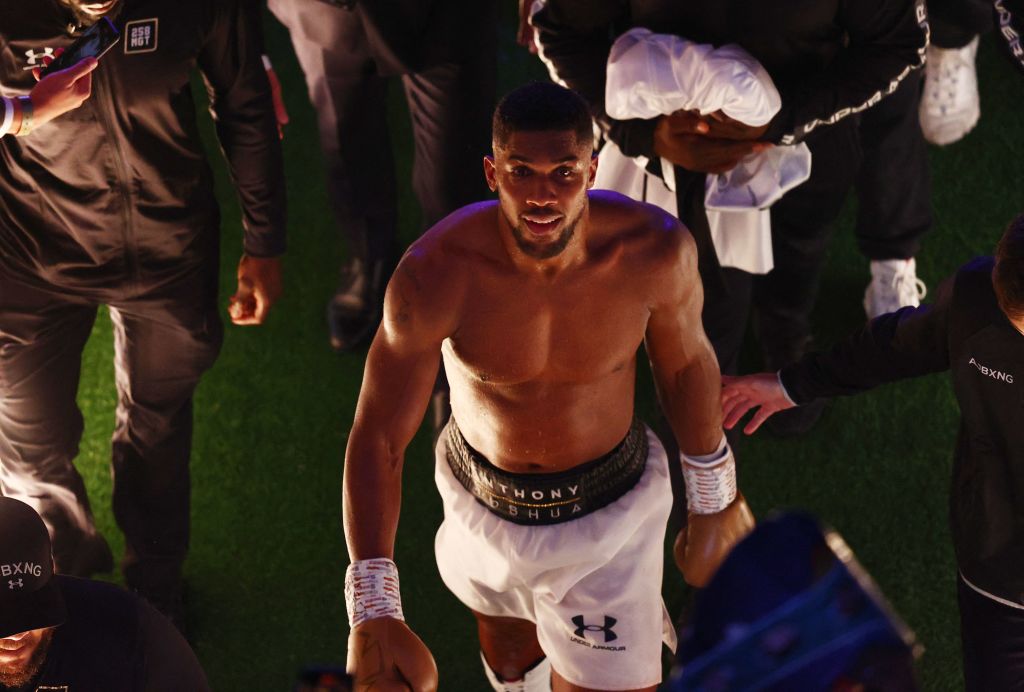 Robert Garcia has revealed Anthony Joshua has assembled a new team to ensure he is in the right mindset to beat Oleksandr Usyk in their rematch this summer.

Joshua is set to take on Usyk in Saudi Arabia this August after losing his IBF, WBO and WBA heavyweight titles to the undefeated Ukrainian last September.

The Briton has made big changes to his camp ahead of their second bout, with long-time trainer Rob McCracken no longer part of the picture with Angel Fernandez stepping up this year.

Garcia, who has worked with the likes of Marcos Maidana, Nonito Donaire and younger brother Mikey Garcia, has also joined the team, revealing there has been a number of new additions to ‘help the way Joshua is thinking’.

‘He probably thought, ‘Maybe that’s the end of my career, maybe that’s it,’ so he had a lot of things going on in his mind.

‘I think that’s one of the most important things that affected Anthony and that’s what I’m here to change – me and Angel and other help that he’s got.

‘He’s created a team of not only me and Angel teaming up, preparing the game plan and training him with the right strategy or the right sparring partners to go out and perform.

‘He hired other people that are also very smart.

‘Not boxing trainers, just different people that could help with the way he’s thinking.

‘Somebody that’s with him, thinking positive with him. Everybody around him is positive.

‘Everybody around him is pushing him to his limits, to what he was doing before he lost his first fight.

‘He needs to know and believe that he’s still as good, or he’s going be even better than he was before he became champion for the first time, when he went out there and was knocking everybody out.’

Garcia elaborated on how the defeat to Usyk – like the one to Andy Ruiz Jr in 2019 – affected Joshua ‘mentally’, insisting it is a problem they are confident of addressing.

‘It gets to the head. It’s something that we have to change,’ Garcia continued.

‘Because he already did it. He already won the gold medal against the best fighters in the world.

‘And then as a pro he also did beat the best to become heavyweight champion of the world.

‘We didn’t see that before he lost. After he lost is when we’ve seen that there’s more of a mental problem so we’re working on that.

‘We have to push him in training, in sparring. The work is going be done, he just has to go out there and perform.’