Oleksandr Usyk’s manager Egis Klimas has mocked Tyson Fury and Anthony Joshua by suggesting a contest between the pair would be “a good fight of two losers”. Klimas’ comments come after Fury stated that he will face AJ if Usyk ‘can’t be ready for the fight’.

Speaking to BT Sport, he said: “I still think, even though he’s lost three of his last five fights, I still think people would like to see that fight. So, if Oleksandr Usyk can’t be ready and doesn’t want the fight for whatever reason – a middleweight against a giant behemoth heavyweight, I could understand why he doesn’t want it. If that fight doesn’t happen, then we’ll go and offer AJ the fight.”

In response to Fury’s comments, Klimas fired back over social media, tweeting: “After Oleksandr Usyk will win against Tyson Fury yes I believe it will be a good fight of two losers to find out who is better.”

It didn’t take long for Fury to deliver his own cutting response. He tweeted: “I will destroy @usykaa #BumCity Small man syndrome This man @KlimasBoxing is a ***. IF he can beat me let’s go December u pack of bum dossers!!” 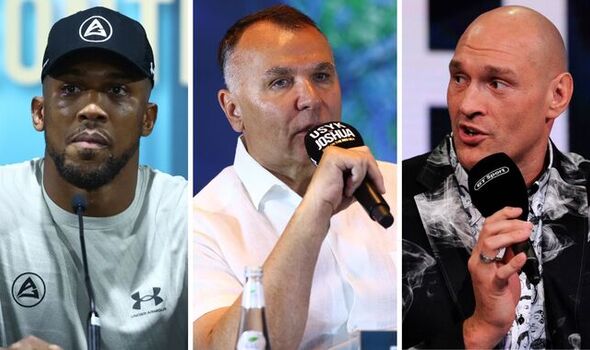 Fury and Usyk are currently in negotiations to stage the first undisputed heavyweight unification clash of the four-belt era. According to initial reports, the fight was being targeted for December 17 in Riyadh, Saudi Arabia but with Usyk still nursing injuries from his rematch against Anthony Joshua last month, the proposed contest has been pushed back to 2023.

Fury’s US promoter Bob Arum has confirmed that the contest will most likely take place on February 11 or February 18 in the Middle East – although a group of Las Vegas casinos are believed to be banding together to submit a bid. Among the possible hosts are Saudi Arabia, Qatar, the United Arab Emirates (Abu Dhabi), and the United States (Las Vegas). 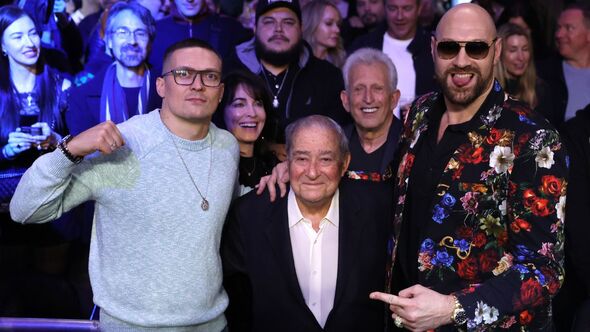 The location is highly dependent on who can come closest to Fury’s £500million purse demands. The Gypsy King gave potential suitors a one-week deadline to come up with the cash (ending September 1) but is yet to make a statement since the passing of the final day.

According to ESPN analyst Mark Kriegel, there will be a 50-50 purse split, making this potentially the most expensive fight in boxing history if Fury’s demands are met.