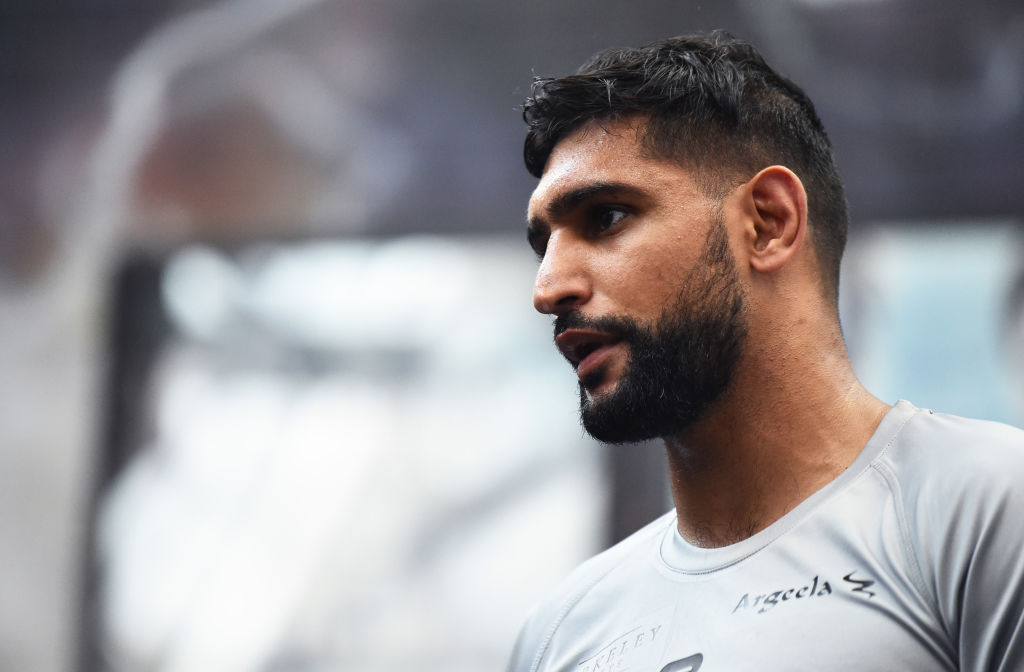 Amir Khan claims that he and his ‘colleague’ were ‘kicked off’ an American Airlines flight and he has been left ‘disgusted and heartbroken’ as he did ‘nothing wrong’ although the airline dispute that.

The 34-year-old posted a video on Twitter explaining the situation that occurred as he was trying to fly from New York to Colorado Springs to begin training camp.

‘I was taken off the plane today when I was going to training camp in Colorado Springs by police,’ said Khan.

‘A complaint was made by American Airlines staff, they said my colleague’s mask was not high enough and not up, that they had to stop the plane and take me and my friend off when I did nothing wrong.

‘They kicked us both off. I was sat at 1A and he was sat in 1B. I find it disgusting and disrespectful, I was supposed to go to Colorado Springs for a training camp and now I’m back in New York for another day and I have to reschedule another plane to travel back to training camp.

‘It’s really upsetting; there was no reason and I’m so disgusted that American Airlines would do this and ban me from travelling. There must be cameras that they can see to see if I or my colleague were bad in any way or caused. a scene in any way.

‘I’ve never seen this happen before and I’m heartbroken.’

American Airlines have given their side of the story, with a spokesperson telling The Mirror: ‘Prior to takeoff, American Airlines Flight 700, with service from Newark Liberty International Airport (EWR) to Dallas-Fort Worth (DFW), returned to the gate to deplane two customers who reportedly refused to comply with repeated crew member requests to stow luggage, place cell phones in airplane mode and adhere to federal face covering requirements.

‘Our Customer Relations team is reaching out to Mr. Khan to learn more about his experience and reinforce the importance of policies implemented for the safety of our customers and crew.’