EXCLUSIVE: Prince Naseem Hamed makes a rare appearance in new promo video for Anthony Joshua vs Oleksandr Usyk as the heavyweight rivals face-off in Saudi Arabia ahead of their huge £100MILLION rematch

The Anthony Joshua vs Oleksandr Usyk rematch is just over two weeks away and a new promotional video has dropped to get pulses racing for the unified heavyweight title showdown.

Rage on the Red Sea goes down on August 20 in Jeddah, Saudi Arabia and back when the fight was announced in June, both fighters headed out the city to film some promotional content.

Sportsmail has the footage from the content filmed that also features a cameo from British boxing legend and former featherweight champion, Prince Naseem Hamed. 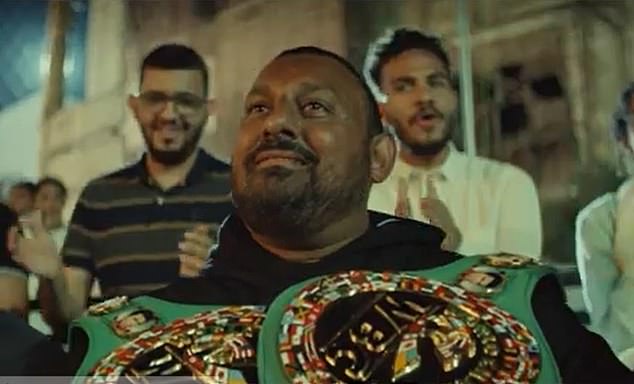 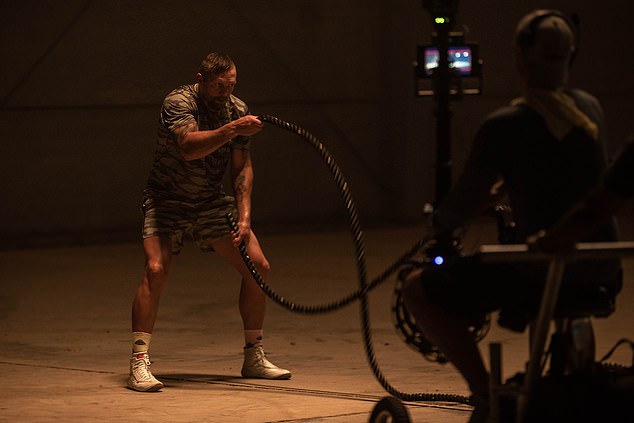 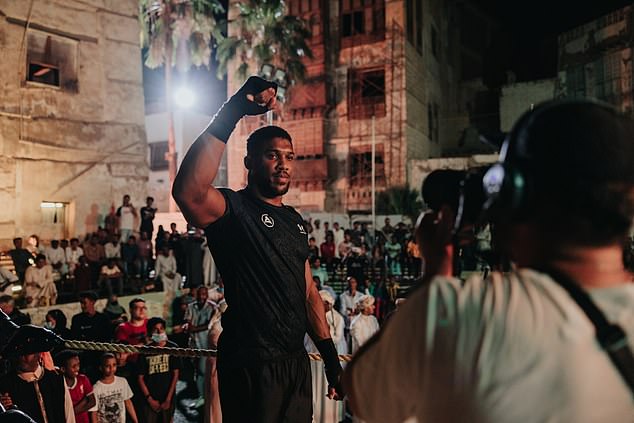 The 48-year-old says: ‘It’s all going down in Jeddah,’ seemingly in Arabic.

Joshua and Usyk are seen training in the video, putting in work while showcasing the backdrop of Jeddah.

This also features Joshua shadowboxing in and running the stairs in the King Abdullah Sport City Stadium, the 62,345-seater venue where the fight will go down.

The pair meet inside the ring at the end of the video in front of some excited local men and women, but the ring is old and outside in a rundown area.

That’s a far cry from the sea of humanity that will fill the King Abdullah Sport City Stadium. The venue opened in 2014 and has held two major WWE pay-per-views as well as football in he past.

Usyk was meant to compete there in 2018, but an injury prevented that from happening. 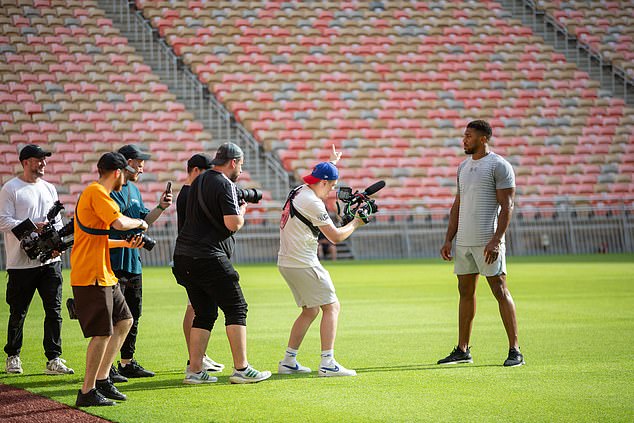 Joshua was seen working out in the 62,345-seater King Abdullah Sport City Stadium in Jeddah 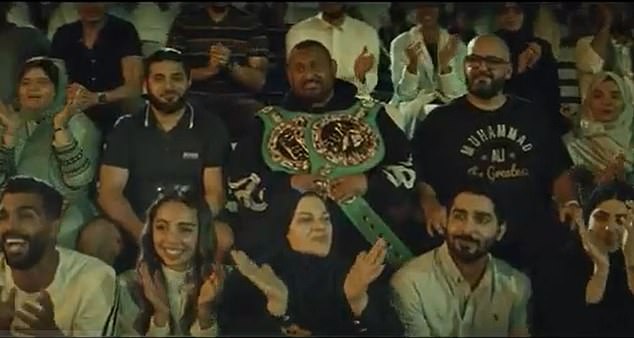 Anthony Joshua after respect ‘as a person’ after Usyk II

The winner of this clash will be in the driving seat to face WBC champion Tyson Fury in an undisputed heavyweight title fight.

The Gypsy King announced his retirement after defeating Dillian Whyte at Wembley back in April, but he is still yet to vacate the WBC belt leading many to believe he’s waiting to see the outcome of Joshua vs Usyk II first.

Whether Joshua does indeed go on and become a three-time world champion or not, the Watford-born star believes he deserves more respect.

“I feel like I’m not getting looked at as someone who is a dominant heavyweight in the division.