The Undertaker has for the past two decades been one of WWE’s most visible characters and still remains one of the most private competitors in the industry and there is very little known about him outside the ring.

And Mark Calaway – the man behind the role – is closing in on a return at WrestleMania 36 and reports claim he is set to face AJ styles in April at WWE’s showpiece event.

Taker turns 55 next month and last competed inside the ring at Extreme Rules when teaming up with Roman Reigns to beat Drew Mclntyre and Shane McMahon.

Express Sport are on hand with ten facts WWE fans need to know about the Undertaker. 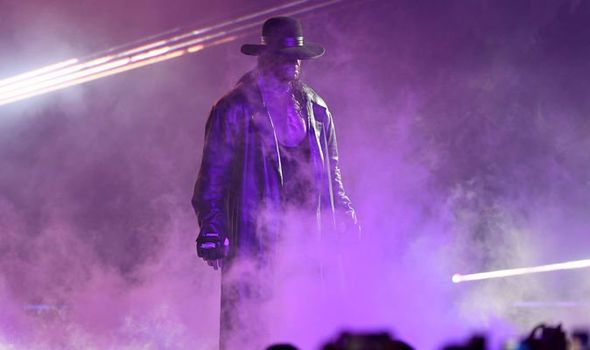 10. He nearly made his debut as ‘The Eggman’

There had been a large egg displayed across WWE events thirty years ago and when it eventually hatched, a wrestler named Gobbledy Gooker came out in a turkey outfit. The Eggman had originally planned to be Mark Calaway (The Undertaker).

The Undertaker has wrestled under gimmicks including Master of Pain, Texas Red and Mean Mark Callous before making his debut under his current moniker at Survivor Series in 1990.

9. He has never been defeated via submission

Kurt Angle came closet to beating Taker via submission on SmackDown in 2004 where he tapped at the same time as pinning Angle for a three count. The referee had been left confused about the result and it was declared a draw.

The Undertaker has officially never lost a bout via submission. 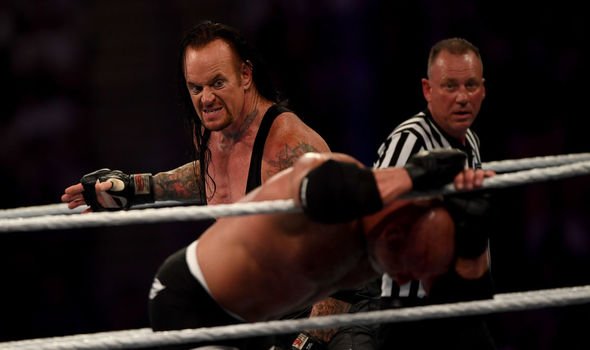 8. He is scared of cucumbers

Taker travelled with Paul Bearer, often to stay in character and the former wrestling manager had always made him get out to fill up the car with petrol.

Bearer had once needed the toilet and Taker made him fill up which resulted in Paul wetting his pants. Taker sought revenge and he put cucumbers in his hat which led to him almost being sick.

And he confirmed the rumour in an interview before his death in 2013 and the WWE star having a phobia of cucumbers will raise a few eyebrows.

7. His beef with Brock Lesnar is not staged

Rumours have suggested that their feud is not staged and Taker has taken a strong dislike to Lesnar for his comments outside the ring.

They have had a confrontation previously outside UFC 121 after they crossed paths with rumours suggesting that Taker did not take kindly to Lesnar leaving for another organisation and not giving enough credit to WWE. 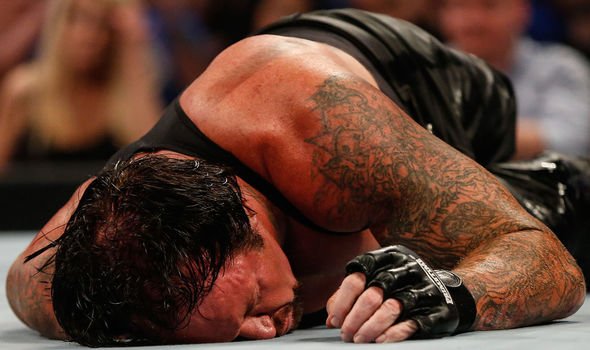 6. He won his first championship bout against Jerry Lawler

The Undertaker won his first championship in style by defeating legend Jerry “The King” Lawler in 1989 and they have faced each other 42 times but Lawler has come out the better with 17 victories to Taker’s nine.

5. He has been married three times

He has four children and has been married three different times over the past 20 years with the shortest being with Jordi Lynn for just one year.

Taker split with his second wife, Sara Calaway, after seven years but they had two kids together, Chasey and Gracie.

And his current partner, Sara Calaway, he has been married to for nearly ten years.

Shawn Michaels dominated the 1990s and once held the WWF Champion status but fellow professionals were far from impressed with his behaviour backstage.

Shawn suffered a back injury leading to his retirement but did not hand over the belt to Stone Cold Steve Austin which led to a feisty encounter and The Undertaker threatened to knock him out.

The pair blew audience figures with their Hell in a Cell match at 1997 Badd Blood pay-per-view. 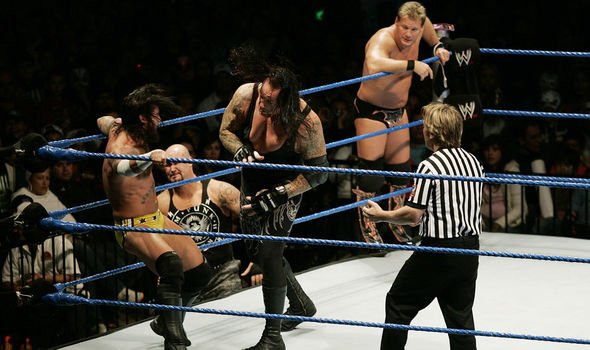 3. Kane is his most faced opponent

2. He holds a black belt in Jiu Jitsu

Not only does Taker hold a black belt in Japanese martial arts but he often attends MMA and boxing events. He even has taken inspiration from his submission manoeuvre called ‘Hell’s Gate‘ from an MMA move caked the triangle choke.

1. He nearly choked Kurt Angle out in real life

Vince McMahon had jumped on Kurt Angle backstage and often reminded him that he was the only one who could take him down.

And the pair exchanged regular pranks but Vince woke the Undertaker up one morning and he saw them in a confrontation.

Taker had the wrong idea and put him in a choke before realising it was only a playful matter.