Adam Peaty has declared himself a “much happier man” after bouncing back from his 100m disappointment to win gold in the 50m breaststroke – and BBC commentator Andy Jameson likened Peaty to a roaring lion. The three-time Commonwealth champion roared to success in Birmingham, with the crowd fully behind the Englishman as he finished in first.

The 27-year-old took the gold medal ahead of Australia’s Sam Williamson, with Scotland’s Ross Murdoch collecting an impressive bronze in what is likely to be his final Commonwealth appearance.

The spectators inside the Sandwell Aquatics Centre were left in no doubt about Peaty’s improved mood after he was roaring in delight at the end of the race and slapping the water with all of his might.

BBC’s main commentator Andy Jameson delivered a passionate monologue about Peaty’s display and demeanour whilst taking in the action, describing the English swimmer’s bellow as the “roar of a wounded lion”.

“Look at that. That’s what it means. Goodness me! He’s worked so hard,” Jameson said. “Look at all the frustration coming out. The roar of a wounded lion. 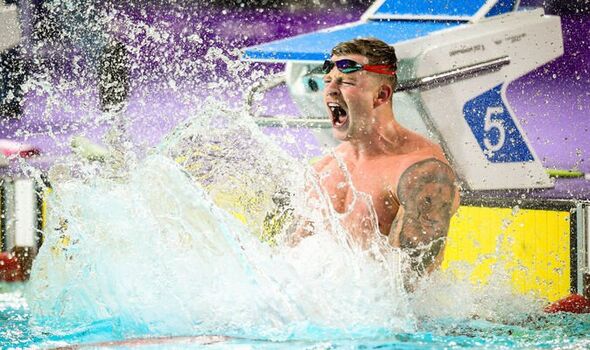 “He’s still come back and won a Commonwealth title, the 50m breaststroke. He’s won it by miles as well, 0.21 look at that, Peaty wins the gold for England. An unbelievable swim.”

The 1988 champion Adrian Moorhouse, who called Peaty a “wounded animal” before forecasting his victory, hailed his return to form under pressure: “He just had to deliver this today didn’t he and I am so happy for him. He had 50m in him!” he said.

But the Uttoxeter-born man looked fired up for this race and produced a masterful performance to get back to winning ways. And the eight-time world champion insists he now has his passion back after struggling to find his spark.

”I’m a much happier man. I had two options this morning, I either fight or don’t fight. If anyone knows me, I fight. That means so much to me,” Peaty told BBC Sport. 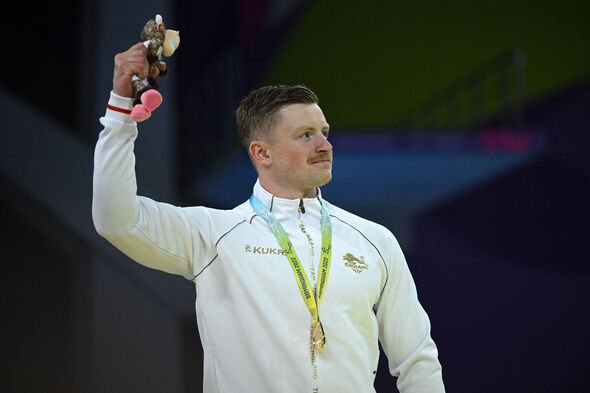 “The time I don’t care. It just means so much to me because of what I’ve been through the last few months, the last year, the last five years. I lost my spark and to have it back now, it’s what it’s about.

“Mel said to me this morning, ‘What would you do when you were younger?’ And he goes and does that. I’m very happy.”

Peaty had come under fire on Monday for lacking respect for the Games after losing out on the 50m gold, suggesting he didn’t care about the result after coming home in fourth in Sunday’s final.

He said: ”It doesn’t feel amazing, but it doesn’t feel bad either. It’ll probably be my last attempt tomorrow, but I’m not bothered about it. The Commonwealths to me, in the grand scheme of things… it’s about two years time (the Olympics).”