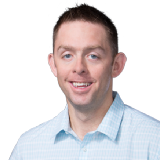 Michael Jordan stood under the basket, looking out over the 250 or so campers sitting before him. He needed a volunteer. Nearly everyone in the gym, including me, stretched their arms to the ceiling in hopes of being the one Jordan chose.

It was the summer of 1989, long before Jordan’s six NBA championships or Finals MVP awards. Before Phil Jackson, Olympic gold or any chatter about being the GOAT. Back then, Dennis Rodman was still a pesky Piston. And some saw Jordan as an electric but me-first scorer who would never win a title if he didn’t learn to share. That spring, en route to winning the 1988-89 NBA championship, Detroit disposed of the Bulls 4-2 in the Eastern Conference finals.

But on this summer afternoon at Elmhurst College in Chicago’s western suburbs, there was no talk of the Pistons or why Jordan and the Bulls failed a month earlier. Here, No. 23 was a do-no-wrong god. This was his Nike-sponsored Flight School summer basketball camp, an opportunity to learn from Jordan, get an autograph and strut around in a sweet Michael Jordan’s Flight School T-shirt, with the word “Flight” outlined in the font from Jordan’s latest sneakers.

I was 12 years old back then. Not terribly talented at basketball. In my post-camp evaluation, I scored “excellent” in three categories: attitude, teamwork and coachability. Actual basketball skills? A mix of “good” and “needs work.” In other words, I was a preteen Brian Scalabrine. But I loved the game. And like most every other kid who grew up in Chicago in the ’80s and ’90s, I worshipped all things Jordan.

Tacked to my bedroom wall were no less than half a dozen Jordan posters, including a 6-foot poster that featured Jordan, with his tongue out, nearly hitting his head on the rim while dunking over the New York Knicks’ Kenny “Sky” Walker. On the opposite wall sat a life-size growth chart poster of Jordan from the local Chevy dealer. It included the inscription “Not everyone will grow up to be Michael Jordan, but it’s something to shoot for.”

And now there I was in the same room as Jordan, lucky that my parents paid for the weeklong sleepover camp as an early birthday present. I remember Jordan wasn’t around much. Or at least I didn’t see him too often. The rumor was that he would show up on campus long after our curfew to play pickup games with the coaches and counselors. But on this day, Jordan was here, holding court in front of the group and explaining the importance of the triple-threat position. You know, when you first receive a pass, plant your pivot foot and the defense has no idea if you’re going to dribble, pass or shoot.

Jordan explained how the triple threat was the most advantageous position for any offensive player. If you immediately put the ball on the floor and start dribbling, you’ve begun eliminating your options.

At some point, Jordan asked for a camper to help demonstrate what he had just discussed. I sat off to Jordan’s left, in a sea of other white, upper-middle-class, über-lucky-to-be-there suburban Chicago kids, many of whom rocked the latest Air Jordan IVs. I hesitated for a moment, nervous and intimidated, until everyone else’s hand shot skyward. I raised mine. Just then, Jordan turned to look in my direction. He pointed, and it seemed like it was right at me. I remember a few of us slowly stood up, unsure as to Jordan’s desired target. Confused, anxious, excited, I sheepishly pointed back at myself.

Did Michael Jordan pick me?

I don’t remember exactly what Jordan did or said next. But yes, he meant me. I climbed over and around other campers to the top of the key, where Jordan waited. He tossed me a ball and asked me to show him the triple threat. I held the ball at my right waist. I planted my pivot foot and then proceeded to stand in front of my sports hero and fake whether I was going to dribble, pass or shoot.

Jordan played defense, but he wasn’t going to put much effort into it, unwilling to even pretend he’d bite on a pump fake from a not-so-talented 12-year-old. But what happened next is something I will never forget. Jordan instructed me to make a move — essentially, do something. I jab-stepped to my left and at the same time pump-faked a pass in the same direction (even though there was nobody there to pass to). Then I pulled the ball back to my right and dribbled.

He fell for none of it, but I didn’t care. After one dribble step to my right, I pulled up for a jump shot, heaving the ball high in the air toward the basket. I use the word “heave” because although in my mind my form was Jordan-perfect, now as an adult I know what most 12-year-old boys look like shooting. It isn’t pretty. And I was less coordinated than most.

Jordan didn’t try to block my shot. If he did, the ball would have ended up in my face. Instead, at this moment, with the greatest basketball player ever standing before me, the ball somehow fell through the net. In my mind the campers all went wild. But I’m not sure that actually happened. What I do remember is that as I started heading back to my seat, Jordan beckoned me to return. He pointed to a spot at the top of the circle and told me it was my turn to play defense.

Michael Jordan’s competitive fire is no secret. I’ve long believed there are many who were born with more pure basketball and athletic talent than Jordan but few who matched his nearly unhealthy thirst to win. Later in Jordan’s time with Chicago, my brother became friends with one of his Bulls teammates, Jason Caffey. My brother would tell stories of seeing Jordan losing to someone in a game of pool, then refusing to leave a party or bar until he could get revenge.

On that afternoon in 1989, that someone was me. I got into my defensive stance, butt down, palms up, weight on the balls of my feet, waiting for Jordan to make his move. As I think back on it, I can close my eyes and picture hundreds of Bulls games over the years with Jordan in that exact pose. He was holding the ball snug to his waist, torso leaning forward. And a tormented defender worried what was to come next.

I don’t remember what I was thinking at that moment. Probably nothing. My best guess is that I was laser-focused on the task at hand, with two goals subconsciously driving me: Don’t get embarrassed. Don’t get hurt.

Jordan pump-faked one, two, six, 20 — I don’t even know how many times. I fell for every one of them. Fakes to the left. Fakes to the right. Shot fakes. Jab steps. I’m pretty sure I was still recovering from the previous fake when he would throw out the next one.

At some point, after what felt like fake No. 206, mercy. Jordan flew around me, past my left shoulder and toward the basket. By the time I turned around, all I could see was the back of his head elevating for a subdued dunk. At that point, I was allowed to go sit down. I got a thank-you, a round of applause. Then the triple-threat talk continued.

Before the end of camp, each camp team was able to pose for a group photo with Jordan. I remember our group waiting for our turn when our counselor instructed us to line up according to height. The tallest player on our team would be the one to stand next to Jordan in the photo. I was 5-foot-2, one of the taller kids in our group. I knew I had a shot. But one of my teammates ultimately nudged past me.

As we lined up on a racquetball court with a giant blue Nike banner behind us, I tried to play it cool. But I couldn’t help but stare at Jordan. He put his arm around my teammate’s shoulder, just to my left. I looked down and saw Jordan’s oversized hand resting right there, maybe an inch away from me. I still have that team picture, complete with Jordan in his baggy shorts, crisp Air Jordan T-shirt and a pair of spotless red, white and navy Air Max sneakers. And me in a pair of Air Jordan IVs, striped white socks, the official Flight School T-shirt and some horrific black-, white-, gold- and pink-splattered shorts.

Each camper was allowed to bring one item for Jordan to sign. I brought the Kenny Walker dunk poster from my bedroom. When it was my turn, I approached the table wondering what Jordan might say about the other day when we met on the court. Would he tease me about my lucky shot? Joke about my atrocious defense? Jordan didn’t say a word. He never looked up. There were hundreds of campers to get through, hundreds of items to sign.

I walked off the court that day feeling deflated by the moment. It was procedural, impersonal. Jordan didn’t seem like he even wanted to be there. But as I grew older and the championships piled up and Jordan became a global icon, I realized how incredibly lucky I had been.

Nearly 14 years later, my autographed poster was long gone, somehow disappearing in one of my parents’ many moves. But on April 16, 2003, that goofy kid walked into Philadelphia’s First Union Center to cover the last game of Jordan’s NBA career. That night, No. 23 had no idea who I was. And no reason to remember the few moments we once shared. But I sure did.

After Jordan’s postgame news conference, I told myself I would walk out of the arena alongside the greatest player who ever lived. I wanted to be there for the last second on the last day. But after I ran into referee Steve Javie in the hallway, Jordan slipped through a side door. The last thing I saw was the back of his head. Just like I had when he flew past me to throw down a dunk.