Geraint Thomas, 36, is competing in day three of the Tour de France in Denmark this afternoon. The Welshman will take on the 182-kilometre flat stage between the cities of Vejle and Sønderborg. Thomas did not get off to the best start in the Grand Tour after a major gaffe at the Grand Depart in Copenhagen on Friday. The three-time world champion forgot to take his gilet off before the race, costing him precious seconds in the time trial.

However, the mistake is unlikely to dent the confidence of Thomas who said earlier this week he was going into the Tour “full gas”.

The British star spoke of his intentions during a wide-ranging interview with the Daily Telegraph on Friday.

Amid his discussion of this season, Thomas also revealed he was once left stunned by a conversation with fellow Briton and Ineos Grenadiers teammate Tom Pidcock, 22.

Thomas claimed their 14-year age gap was quite obvious as Pidcock had “never heard of” retired Slovenian cyclist Simon Špilak.

He said: “I’ve had a different role in the team, and I’ve really enjoyed it. Small stuff.

JUST IN: Geraint Thomas’ brutal view of Mark Cavendish: ‘Just some chav with a terrible car’ 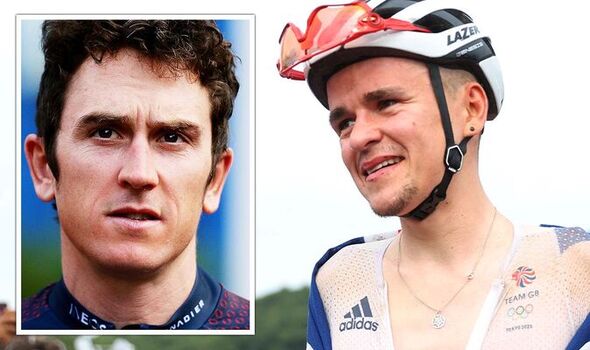 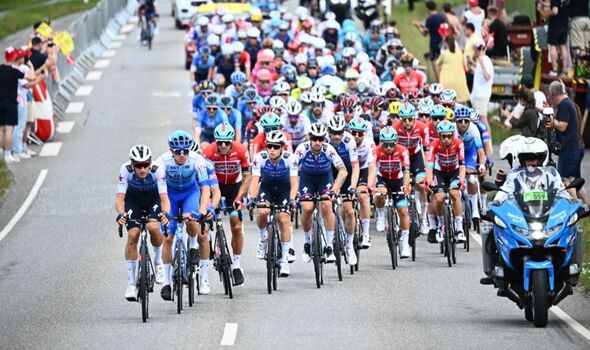 “Training and competing with the younger guys like Tom [Pidcock] and Ethan [Hayter] and Ben [Tulett]… their enthusiasm rubs off on you.

“I definitely feel like one of the elder statesmen now. Sometimes I look around the team and I’m like ‘Jeez’.

“I was speaking to Pidcock the other day and I said something about Simon Špilak beating me at [Tour de] Suisse in 2015 and he had never even heard of Špilak!”

Thomas spoke of looking forward to the rest of the 2022 season after he had a nightmare few months last year. 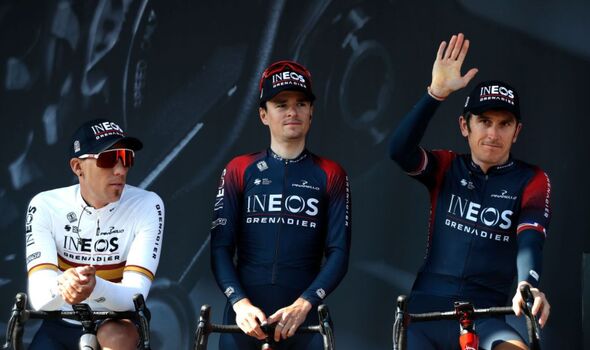 In 2021, the star suffered a string of unfortunate crashes last summer, which cost him dearly in key moments of high-profile races.

He fell off his bike at the Tour de Romandie, the Tour de France and during the delayed 2020 Olympic Games in Tokyo.

He also experienced a delay in getting a new contract with Ineos.

Asked by the Telegraph if he thought the delay was due to his age, he said: “Yes to be honest.

“A lot was made of my age. I just wanted to be judged on me, and what I can offer, rather than my date of birth. 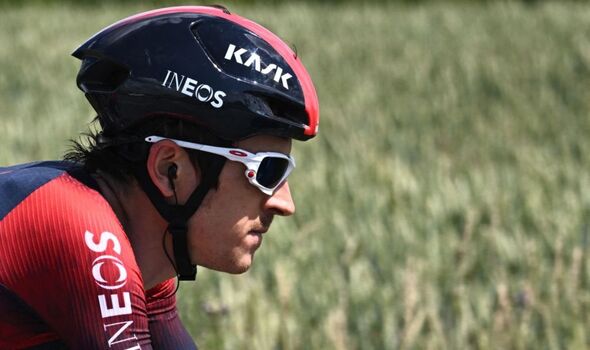 “Am I still committed? Am I training hard? Eating well? Making the necessary sacrifices? It was frustrating.”

He added: “There were other personal things, which I don’t want to get into.

“But yes, definitely the worst time of my career.”

After his gilet incident in the time trial, Thomas admitted he was “angry” but also complimented his performance.

“I was half tempted to take it off. Everyone was saying take it easy, but it just got in my head and I rode so slow around those corners. It was so bad.

“I was 18 seconds down at the first-time check and I was like, ‘F*** this’ and I took the pin out and raced as I normally would.

“The legs were really good, which makes it worse because I could have been right up there. It’s a bit raw at the minute, I’m still a bit angry.”